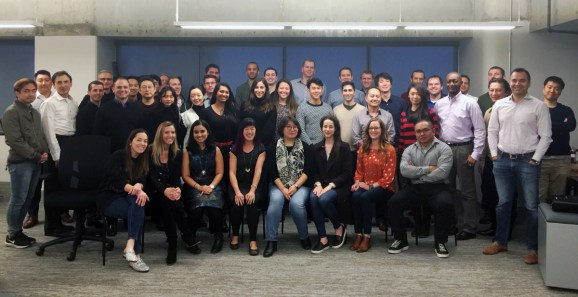 Ujet today announced a $25 million funding round to grow its services for voice and chat support in apps, websites, and phone calls. The money will be used to ramp up research and development around AI services and to open offices in New York City and Munich later this year.

The funds will also be used to give customers additional backend CRM client integrations, like Microsoft Dynamics, to surface customer information for call agents and expand to additional mediums, like video calls and augmented reality.

The series B round was led by GV, formerly Google Ventures, with participation from Citi Ventures, Kleiner Perkins, and DCM Ventures.

As part of the round, GV partner Karim Faris will join the Ujet board of directors.

Ujet provides holistic AI solutions based on a multi-modal approach, including services that rely on machine learning to do things like understand a customer’s peak hours or identify patterns such as what kind of person calls on the way home from work.

The goal is to create AI from “impactful data, not just buzzwords,” Ujet CEO and founder Anand Janefalkar told VentureBeat in a phone interview.

“Having a piecemeal solution or just doing the front end or backend and just kind of throwing the ball over to the next person in the equation doesn’t really help anyone to do a true AI product,” Janefalkar said. “Here I’m saying what is the best way that you can craft a customer journey depending on the complexity of the problem and validate that based on data that you’re pulling from 100,000 conversations, then make that kind of workflow.”

Ujet headquarters are in San Francisco. The company has almost 70 employees, and with the closure of today’s round has raised a total $45 million since launching in 2015.