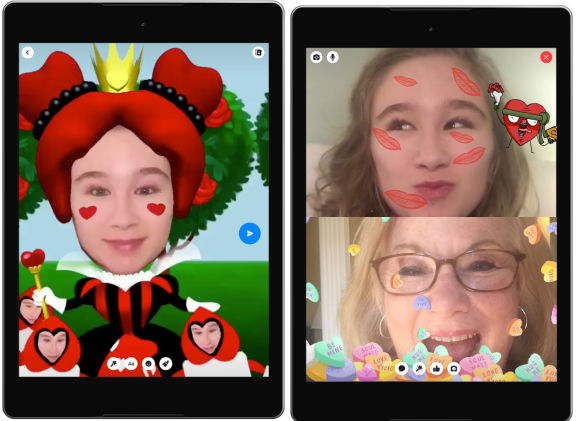 Facebook today announced that Android smartphones and tablets can now download Messenger Kids in the Google Play Store. The app for chat and video calls first launched in December 2017 for kids ages 6 to 12 to connect with parents and other parent-approved contacts. Messenger Kids was first made available for iOS and Android Fire tablet users. At launch, Messenger Kids on Android devices is only available in the United States.

The launch comes the same day as Wired reports that the majority of experts who vetted Messenger Kids before its launch last year were given money by Facebook. Two weeks ago, about 100 kids’ health advocates mounted a campaign to lobby Facebook to kill Messenger Kids because they believe the app could undermine healthy development.

In a post announcing the launch of Messenger Kids, Facebook said it spoke with thousands of parents and “over a dozen expert advisors” like the National PTA to build Messenger Kids.

The Messenger Kids app rolls out at a time when companies like Facebook, Google, and Amazon are attempting to attract more young users — and as questions emerge about the impact of digital devices on young people. In response to complaints about the addictive qualities of iPhones, last month Apple announced plans to add parental controls to its iOS devices.

The launch of Messenger Kids today is no surprise. Alongside New Year’s Day and Mother’s Day, Valentine’s Day is one of the busiest days of the year for the 1.3 billion monthly active users of Messenger app for users 13 and older.