Snapchat creators are being given audience analytics from today, including story views, engagement, and demographics.

The move represents part of Snap’s push to “separate the social from the media” within its flagship app, which includes an interface redesign that makes a clearer distinction between your Snapchat friends and professional content creators such as brands and celebrities.

Part of this shift involves giving verified Snapchatters and other creators who have “cultivated a large audience” access to new data points. For example, they will be able to see the total number of story views in the past year, month, or week, and they can also dig deeper and see how much time was spent viewing stories.

Additionally, Snapchat will now display daily reach and engagement figures, such as the number of unique viewers and the average time they spent watching. Notably, creators will now also be able to see a breakdown of their audience demographics by gender, age, geography, and interests. 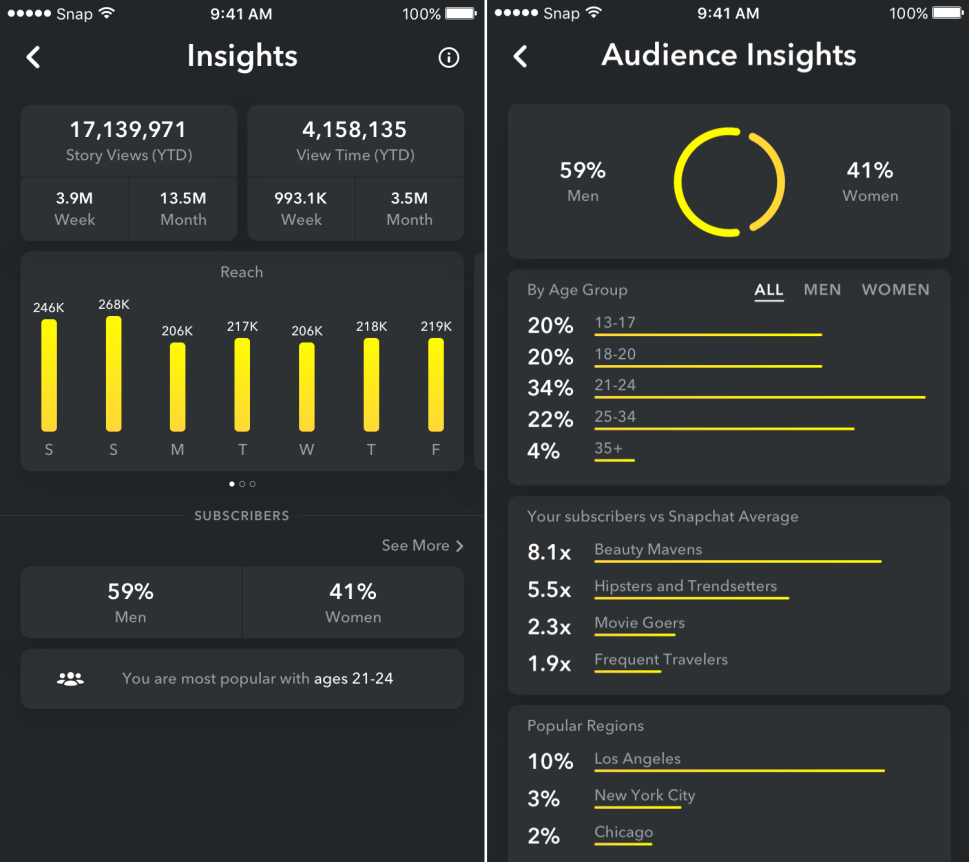 Needless to say, this update has been a long time coming for Snapchat. It means creators will have greater insights into who is actually following them on Snapchat so they can tailor their content accordingly and, ultimately, make more money.

Snap is riding high following its Q4 2017 results last week. Indeed, the company announced that its daily active users grew from 178 million to 187 million in the last quarter, while its revenue jumped 72 percent to $285.7 million.

Advertising is key to Snap’s continued growth, and it needs to lure more creators onto the service, which will, in turn, make the platform stickier for users. Yesterday, Snap announced that its Marketing API is now available to all developers, meaning any third-party company can now leverage Snapchat’s targeted advertising smarts.