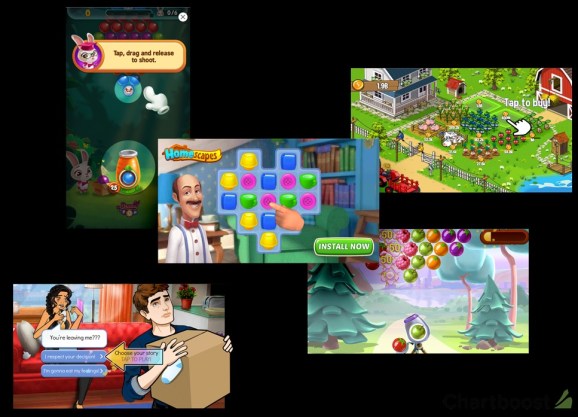 Chartboost has launched an in-house creative team, dubbed Creative Studio, that will help game and app marketers create their own mobile ads to run on the company’s in-app ad network.

Chartboost’s team will collaborate directly with clients to create mobile-branded video and interactive ad content, with a focus on using detailed engagement data to come up with the best version of the ad. Chartboost said that in a performance world, ad units are critical to the success of any user acquisition strategy. It’s not only about creating immersive experiences in the ad, but about leveraging data to understand what users want and what message will resonate best with them.

With unique and specific target audience research and segmentation, the studio aims to build the right creative mobile ads for the right audiences. Chartboost said early results show that brands using the studio can achieve an average conversion rate (impressions to installs) increase of 60 percent, and an average eCPM (effective cost per mille, or the cost of acquiring 1,000 users) improvement of 40 percent for a complete creative set.

“With over 300,000 integrated apps and seven years worth of campaign data, Chartboost is in a unique position to combine player metrics and creative talent to build ad formats that drive revenues to our partners,” said Chartboost CEO Maria Alegre, in an email to GamesBeat. “We’ve proven that when our Creative Studio creates and optimizes the ad formats, our advertisers get increased conversions and higher return on ad spend.”

The traditional banner ads on mobile aren’t working as well as they once did. To reach new users, brands have become increasingly interested in interactive ads that not only showcase products but deliver compelling messages, encouraging users to take an action and allowing brands to measure results in real time, Chartboost said. 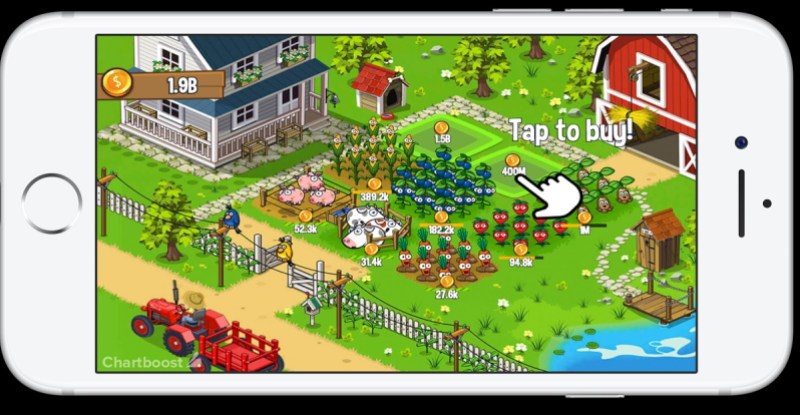 According to a report by market researcher IPG Media Lab, interactive ads extend the amount of time consumers spend with the brand, driving a 47 percent lift in time spent with the ad compared to non-interactive ads. The same study also found that interactive video ad engagement is tied to purchase intent at a nine times higher rate than passive video ad viewing.

The global app economy will be worth $6.3 trillion by 2021, yet with so many apps competing for awareness and new users, many brands are struggling to cut through the noise and increase traffic from qualified users.

Chartboost has years of data and experience working with top gaming companies to create tailored and playful ad units. It wants to use that expertise to help new categories of customers in food delivery, ecommerce, and travel. The studio uses machine learning to create innovative designs that optimize for conversions and return on ad spend. 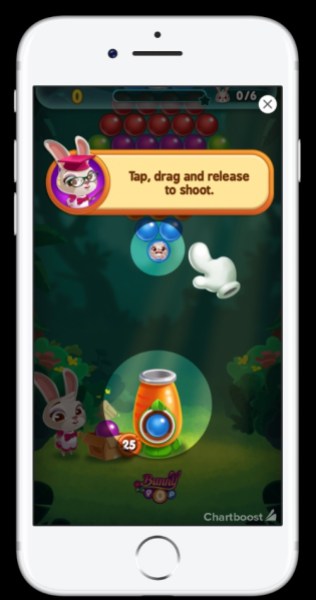 “We’ve been listening to our customers and we know brands not only want, but need to increase their ad performance,” said Johan Lofstrom, vice president of Chartboost in Europe and the Middle East, in a statement. “That’s why we’re excited to launch Chartboost Creative Studio, where we’re now delivering the kind of interactive mobile ads with the in-ad data and retention rates advertisers have been looking for.”

Creative Studio will take the burden off advertisers by helping them outsource the creative process for their ads, from the idea phase to testing which form of the ad is best. The studio team also tracks in-ad data to keep optimizing ad units. For instance, if a user doesn’t install an app after seeing an interactive ad, the advertiser is able to see their interaction path within the ad and detect drop-off. This data is critical to fine-tuning the messaging and ad experience to increase brand awareness and conversions.

Founded in 2011, Chartboost reaches more than 900 million unique users a month through more than 300,000 mobile games that use its games-based growth and ad monetization platform. Chartboost has more than 100 employees in San Francisco and Amsterdam.