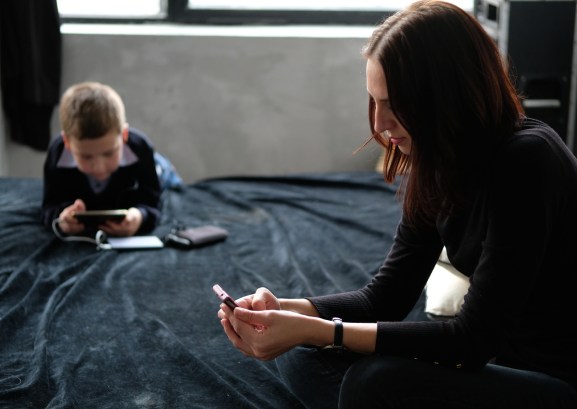 No one’s better than America at addicting people to empty pixels. We have the platforms, like Facebook, Netflix, iOS, free-to-play video games, and Reddit. We have the people, an elite army of incentivized coders, statisticians, psychologists, and marketers. And we have the machine learning algorithms to augment both. The result is a powerful weapon, proven to wreck human happiness and productivity. That’s a good thing!

By introducing a modest piece of legislation, which I now propose, we can tilt that weapon away from our citizens and toward our unlucky economic foes. In the process, we’ll guarantee American tech supremacy, forever.

The stickiness gap law mandates that every tech company of a certain size must make their products at least 20% more addictive to global audiences than they are at home.

Take Facebook, for example. We reap no benefit if American Facebook visitors and Indian Facebook visitors each lose 2 hours per day to the site. But if Americans lose 1 hour and 36 minutes per day and Indians keep losing 2 hours per day, that’s a 24 minute edge! Multiply that 20 percent edge by every tech product, and we win productivity forever without having to sacrifice our work-life balance.

There’s no need to stop at 20 percent, either. With tax incentives, the government can reward companies that outperform that baseline. I have full confidence that our talented researchers, augmented by artificial intelligence and roused by patriotism, could create stickiness gaps in excess of 99%. With the right incentives, some may even find it more profitable to block Americans altogether! (A stickiness gap of infinity triggers a Medal of Honor.)

Imagine what comes next. Our citizens would take classes and read books; theirs would salivate over empty notifications. Our comment sections would be thoughtful text; theirs memes and GIFs. Our LinkedIn would drop the pointless news feed; theirs would celebrate Half-Work-Birthdays. Our productivity would shoot up; theirs would stagnate or decline.

Contrast the stickiness gap with traditional cyber warfare, which is barbaric, blunt, and often counterproductive. If one of our hackers gets caught, their target will retaliate and there goes our energy infrastructure. But with the stickiness gap, we don’t need subterfuge. Other nations will celebrate the arrival of “improved” features, like news feeds on refrigerators. “Those Americans are so charitable, giving us their best technology and keeping so little for themselves,” they’ll say. In response, we’ll eat their economy.

Contrast the stickiness gap with venture capitalist Mike Moritz’s recent suggestion that Americans need to double our work hours to compete with foreign challengers. Okay, that was fast!

You’re wondering whether our tech companies can afford to decrease American stickiness. Wouldn’t that lead to revenue decline? Maybe in the short-term, but increases in worker happiness and productivity will more than compensate. Eventually, our companies will gain market share against their zombified foreign competition. And with their recent tax cuts, they can afford it.

Tech is only the pilot program, and the stickiness gap scales like a balloon. If we apply it to our industrial food complex, we’ll win in health and fitness too, which by the way, will also improve our economic advantage. It almost seems unfair to think of the devastation our purveyors of cancer-causing fried carbs will inflict on our hapless enemies and frenemies.

There’s only one potential hiccup with this scheme. At the recent State of the Union, a camera spied a congresswoman hunched over her phone. Was she drafting a response? Attending to an urgent email? Checking her constituent’s reactions? No, she was fixated on Candy Crush, a game created by a bunch of Swedes. Maybe we’ve been beaten to the punch.

Adam Ghahramani is cofounder of bison.gg, an esports blockchain startup, and adviser to thevinx.network, tokenizing wine futures. He is a frequent contributor to VentureBeat. Find him at adamagb.com