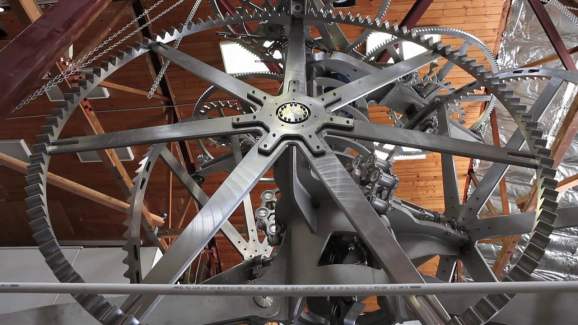 Almost two decades in the making, the Long Now Foundation’s 10,000 Year Clock is finally being built deep inside a giant hole in the Middle of Nowhere, Texas.

The nonprofit has received $42 million in funding from Amazon founder Jeff Bezos. But the idea for the clock was actually hatched by computing pioneer Danny Hillis.

Way back in the mid-90s, Hillis suggested the clock as a way to inspire people to take a long-term view of technology and life on the planet.

During my time in Silicon Valley, I had the chance to interview Alexander Rose, executive director of the Long Now Foundation, about the gestation of the project. The foundation grew around Hillis’ idea, but it has since expanded its mission into other areas while continuing to oversee development of the clock.

“The idea is we’re building a clock to keep track of time on a much slower scale … It’s really being supported by the high-tech community. They realize the dangers of living too fast.”

After almost two decades of preparation that included boring an enormous hole into the ground, installation of the clock has finally kicked off:

Installation has begun—500 ft tall, all mechanical, powered by day/night thermal cycles, synchronized at solar noon, a symbol for long-term thinking—the #10000YearClock is coming together thx to the genius of Danny Hillis, Zander Rose & the whole Clock team! Enjoy the video. pic.twitter.com/FYIyaUIbdJ

For Rose, the clock is a symbolic bet that humanity will endure and thrive. In a moment of deep cynicism, especially about the role of technology in our lives, we could all use the dash of optimism that comes with such an audacious project.