Facebook has announced a notable update to the group audio- and video-chat feature within Messenger.

Previously, to initiate a video or audio call with more than one person you’d have to start the call with the desired number of participants included from the get-go. With today’s update, however, you can add a new friend while an existing call is already taking place.

Let’s say you’re chatting with your buddy in a one-to-one video conversation and you want to bring more friends into the chat. Rather than having to hang up and start a new call, you can now add them to the existing call by tapping the screen and hitting the “add person” button. 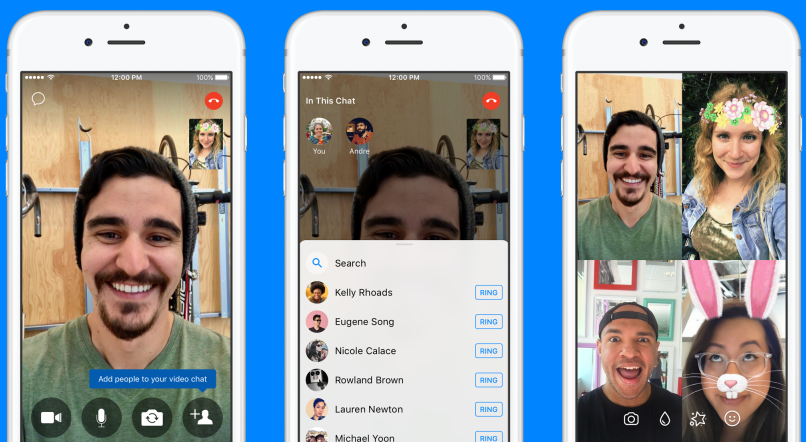 Facebook first introduced group audio calls to Messenger back in April 2016, and followed that up with group video calls later that year. Group calls have emerged as a key component of messaging apps as companies vie for stickiness by offering every possible feature you could ever need. Curiously, Apple doesn’t yet offer group calls through its FaceTime app, though this will reportedly be remedied in iOS 12.

Ultimately, Facebook wants as little friction as possible as it works to keep people within its gargantuan communications silo. By letting you seamlessly switch from one-to-one conversations to group chats, it’s leaving you one less reason to jump ship.

This update is rolling out globally to Messenger on both Android and iOS from today.