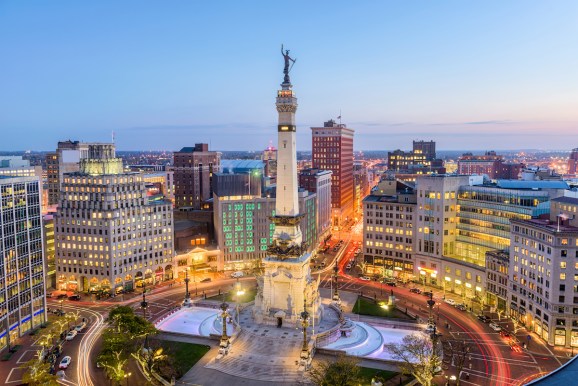 Entrepreneurs can pull up plenty of data about the business conditions in Silicon Valley. But tech companies outside of the coasts often don’t have access to the same level of information about how diverse the local workforce is or how many entrepreneurs are raising funding in their area.

That’s a problem Powderkeg, a community-building platform that works with tech workers and leaders in nine cities, is aiming to solve with today’s release of its first Indianapolis Tech Census. Powderkeg surveyed 359 members of the Indiana tech community — 78 founders, 12 investors, and more than 250 tech workers — to find out what kind of challenges the tech community faces and get a better sense of who works in tech in the city. According to Indianapolis organization TechPoint, there are currently 428 tech companies in Indianapolis and its surrounding suburbs.

“Our plan is to [eventually] do this in all of the big tech hubs around the country,” Powderkeg CEO Matt Hunckler told VentureBeat in a phone interview. “There’s some really great national organizations … that do some really good comprehensive reports, but if you want to drill down into a city or a metro, it’s really hard to find that information.”

According to Hunckler, the survey did back up some anecdotal assessments he had made about the Indianapolis tech community, after having grown up in the city and worked in the tech community for more than eight years.

The majority of the founders surveyed (54 percent) said their companies were bootstrapped, while the majority of respondents said that a lack of funding was the number one issue holding the Indianapolis tech community back.

Half of the companies participating in the survey said that their startup recorded over $1 million in recurring revenue in 2017, while 34 percent of companies saw their revenue grow by more than 100 percent.

“[SaaS] is where you see a lot of the collaboration between the companies — you will actually see the Indianapolis SaaS companies using each other’s products and giving feedback,” Doxly founder and CEO Haley Altman told VentureBeat. Doxly offers a cloud-based platform that helps automate the processing of legal documents.

The survey confirms that one of the biggest challenges facing the Indianapolis tech community is a lack of diversity. Just 30.4 percent of workforce respondents were women, while 9.61 percent identified as an ethnic minority.

According to 2014 Census data, 58.4 percent of residents in Indianapolis-Marion County were white. Respondents gave the Indiana tech community a score of 4.4 out of 10 on diversity, and a score of 6.3 on inclusivity.

“I think we just need to continue to have the conversation with more people from more representative backgrounds,” Altman said. “People are acknowledging that it is an issue … and you see more companies making it a part of their platform to say they value diversity.”