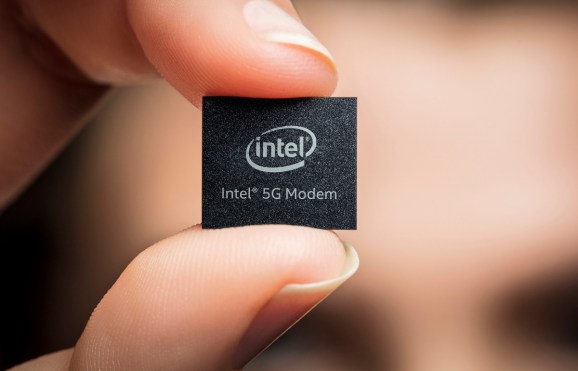 Intel today announced a wide-ranging partnership with a consortium of leading PC makers to begin developing personal computers that can fully leverage the power of 5G networks.

The intention is to use Intel’s XMM 8000 series 5G modem as the foundation of a new generation of devices created by Dell, HP, Lenovo, and Microsoft. While some wireless carriers are rolling out early stages of 5G networks later this year, Intel’s goal is to have these new devices ready for the holiday season in 2019.

“This shows the building blocks being put into place,” said Rob Topol, Intel’s general manager for 5G technologies, in a conference call with reporters.

Intel made the announcement on the eve of Mobile World Congress, the massive telecom industry conference that starts on Monday in Barcelona.

Topol stressed that there are no firm specs for the devices at this time, but rather the partnership has agreed on some “guiding principles.”

The development of such devices is critical for Intel, which is in a race with Qualcomm and Samsung to be the provider of choice for 5G modems. Samsung has an advantage in that it can build its own devices that contain its modems.

As Intel tries to keep pace, it also announced today a partnership with Spreadtrum Communications, a fabless semiconductor firm. The goal is to develop 5G smartphones that use Intel’s XMM 8000 series modem and Spreadtrum’s Application processor by the second half of 2019.

Topol said that while the 5G era will be driven by expansive range endpoint devices, it is critical to have 5G smartphones ready from the start of network deployments to jumpstart adoption and encourage development of new services.

“5G is really the post-smartphone era,” Topol said. “But it’s important that those smartphones really carry us into this new era of capacity.”

Laptops will also be important in order to begin expanding use cases and services. Intel’s booth at MWC will feature demonstrations of 2-in-1 5G laptops.