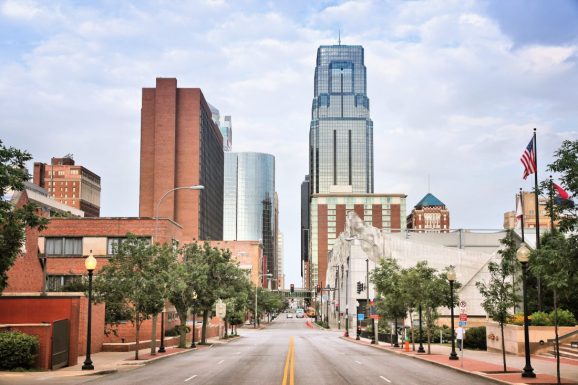 It’s more than just the perception that Kansas City is not tech-friendly, according to Chris Brown, attorney and founder of Venture Legal, who advocates for friendlier laws for the sharing economy. It’s going to hurt the tech employers’ ability to recruit highly skilled tech workers, he said.

“These employees that are being recruited, they want to stay in a neighborhood because they want to see what it’s like to live here,” Brown said. “They might second-guess, ‘Is Kansas City the right place for me?’ It may not be intentionally, but it’s subliminally. Those individuals will look at other cities that embrace this more than we do, and those other cities will have a leg up.”

Brown serves on the policy committee of the KC Tech Council, but his opinions are his own, he said.

Members of the Kansas City Council on Thursday are expected to take up the the most recent proposed ordinance that would ban short-term rentals in specific residential zones comprising huge areas of southern and northern Kansas City.

To listen to public testimony on short-term rentals, skip to the 1:34:00 mark of this video.

Ryan Weber, chief executive officer of the KC Tech Council, agreed that Kansas City’s struggle to come up with fitting regulations on short-term rentals is reminiscent of the metro’s challenges with the sharing economy as a whole.

Weber’s goal is for Kansas City to adopt a more holistic approach to the sharing economy by updating out-of-date ordinances and regulations and gathering key data that would otherwise not be available to the city, he said.

“Our concern is the city is taking a more focused approach on regulating these industries, like a taxi or hotel, rather than taking a new approach, not necessarily regulating the sharing economy but finding a way to maximize the opportunities with that,” Weber said.

“They’ve all operated under a certain set of city codes and now, all of a sudden, what seems like overnight, we have a whole new business model that doesn’t fit city code,” Brown said. “My concern is when this happens, the way the city addresses it is they look at the laws they currently have, and they try to fit this into these laws, and it doesn’t work.”

Brown recommended the city start over with a clean slate, rather than working within its existing regulatory framework.

“Why don’t we create a new process? Let people rent their home. If a problem arises, we should address it,” Brown said. “But we shouldn’t pass a bunch of regulations that limit participation based on a fear of what might happen.”

There have been tens of thousands of stays in the city, and the city has received only 30 or 40 complaints, Brown said.

“All of this red tape just because of some tiny amount of complaints, it just doesn’t make any sense to me,” he added.

Other communities in the area are waiting for Kansas City’s decision, giving council members a greater responsibility to set the trend for the metro area as a whole, Weber said.

The conflict on short-term rentals parallels the city’s conflict with the ridesharing industry a few years ago, both Brown and Weber noted.

Back when the city struggled to resolve conflicts with ridesharing services, including Uber and Lyft, the council members were concerned that drivers would be dangerous for passengers, Weber said. Those same concerns are arising in fears that hosts will be bad for neighborhoods, he said.

“There’s just no data to prove any of that,” Weber said. “What is being proposed is a solution looking for a problem, and that’s very disappointing. The city is listening very closely to unfounded concerns about what this could do to neighborhoods instead of educating those neighbors (about) opportunities that exist with home-sharing.”

Some of those opportunities, Weber noted, are homeowners gentrifying their neighborhoods to make them more appealing to their customers.

The city should embrace new technologies because they create jobs and boost the economy, Brown said.

“I feel like the city truly hasn’t learned from its past mistakes,” he said. “I feel like we’re repeating the exact same thing during the Uber debates.”

Ultimately, the struggle to welcome home-sharing companies to do business in the city “sends a bad message to the sharing economy as a whole,” Brown said, although he noted the city has made some compromises.

“They spent the last two years working on this, so it’s not like they haven’t tried,” Brown said. “I think some sharing companies will stay here, but I fear there might be lawsuits that come out of this legislation, and that’s not going to help anybody. The city could get sued.”

“I just wish that they would not have such a reliance on the existing law,” Brown said. “I wish they would be more willing to take a novel approach to things, (but) I think the city is moving in the right direction.”

“They’ve worked so hard on this,” Weber said. “And they’ve done a good job of trying to find a compromise when one probably doesn’t exist.”