Lighthouse is launching a new home security camera powered by voice commands and artificial intelligence. It lets you ask who was jumping around in the living room after you find a broken vase on the floor. And it will tell you if there’s a burglar in your home or if it’s just one of the kids getting milk at night.

Palo Alto, California-based Lighthouse hopes to be the first to bring real smarts to the home security camera business, which is expected to grow 11 percent a year globally to $8 billion by 2023, according to research by Market Research Future. Most home security cameras are connected to Wi-Fi and smartphones, but they can still be pretty dumb about sending alerts to you when a cat walks by the camera. Lighthouse considers its product more like the Alexa of security cameras, with built-in computer vision, voice controls, and AI.

“We see a lot of camera companies out there,” said Lighthouse CEO Alex Teichman, in an interview with VentureBeat. “We don’t see AI companies. There are plenty of camera manufacturers, but this is a different thing. We are an AI services company that makes hardware to support the AI.”

Teichman and chief technology officer Hendrik Dahlkamp started the company in early 2015 in the Playground accelerator started by Android creator Andy Rubin. Both Teichman and Dahlkamp had backgrounds in self-driving cars. They watched the rapid rise of Apple’s Siri and Amazon’s Alexa, and they thought to apply the natural language voice recognition to security cameras. 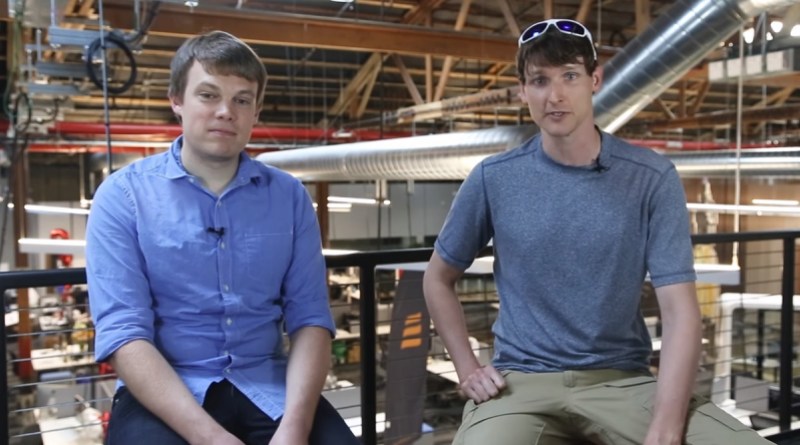 But they also noticed the trend toward 3D sensing through inexpensive sensors known as time-of-flight sensors, which have been used in Microsoft’s Kinect 2.0 cameras for video game consoles. They created a camera with the new technologies as well as night vision, a wide field of view, and computer vision.

In a demo, Jessica Gilmartin, chief marketing officer at Lighthouse, showed how she monitors her home with two Lighthouse cameras, including one that watches the front door and living room. Each camera is always recording, but it only actively stores video when it senses motion. Gilmartin can ask the camera to show the highlights of the day, and she can see various incidents where motion triggered the camera.

Gilmartin showed how the dog walker came into the front door and took the dog out for a walk. It can identify the people in the house through face recognition, but also by physical features such as height. That way, it can identify people such as dog walkers, nannies, babysitters, and your family members by names that you give them.

In the videos, people show up in blue outlines, and pets show up in orange. Lighthouse senses objects and sends that data to the cloud, where the heavy-duty analysis is done by a neural network, which gets better over time.

“I have young kids, and I can check on what they are up to,” Gilmartin said. “I can ask Lighthouse, ‘What did my kids do while Dana was there and I was gone?'”

Lighthouse is smart enough to show the right moments in the day, based on such requests.

Above: Lighthouse can respond to natural language questions.

You can distinguish between kids and burglars, strangers and friends, and pets or other animals. If the device is stolen, the crime will likely be captured on video, which is stored in the cloud. Customers can search through 30 days of motion-activated videos.

“We record and save everything with physical motion,” Teichman said.

Lighthouse charges $300 for the camera and $10 a month for the storage and AI services.

Of course, some people, such as teenagers, won’t like this technology, as it can be used to spy on them. Teichman said the company uses encryption, and it has privacy controls. He said no one at Lighthouse ever sees your data, and you can set the camera to turn off when people come home. Most beta users have not done that, however. And so far, the beta testers have discovered one burglary through Lighthouse.

Lighthouse uses a lot of power, particularly because of its 3D sensor, and so it has to be plugged into a wall. It is not intended for outdoor use.

The company has 35 employees.

“We are excited about the home security camera launch, but we have a lot of interest in the vision platform,” Teichman said. “We are excited about elderly care. For me this comes back to our mission to make useful and accessible home products. We are not restricted to the home or computer vision.”