Huawei announced upgrades to its laptop and tablet lineup today at a press conference held on the eve of Mobile World Congress in Barcelona.

The Chinese company showed off the new Huawei MateBook X Pro laptop and the MediaPad M5 to press and analysts gathered at the city’s Centre de Convencions Internacional de Barcelona, a massive facility that Samsung had used in years past for its MWC keynotes.

The MateBook X Pro, in particular, represents Huawei’s push to design a sleek, ultra thin laptop aimed at business users. The 13.9-inch notebook is 14.6mm thick, weighs 1.33kg, and features a 3K touch-enabled display made from Gorilla Glass. Huawei dubs the display “FullView” because it has a 91 percent screen-to-body ratio. The previous generation was at 88 percent, and Huawei says the Apple MacBook Pro offers 82 percent.

“We’re quite clear that our target customer are the business elite,” said Huawei spokesman Cheng Lei of the PC and tablet product line, at a briefing prior to the event. “So the meeting component is very important.”

To create a screen that covers nearly the entire face, Huawei removed the camera from its typical position above the screen and hid it under the F7 key. This will likely be one of those changes users love or hate. Pressing on the F7 button causes the camera to pop up on the keyboard, but the angle captures users from below, which is often a less-than-flattering vantage point. 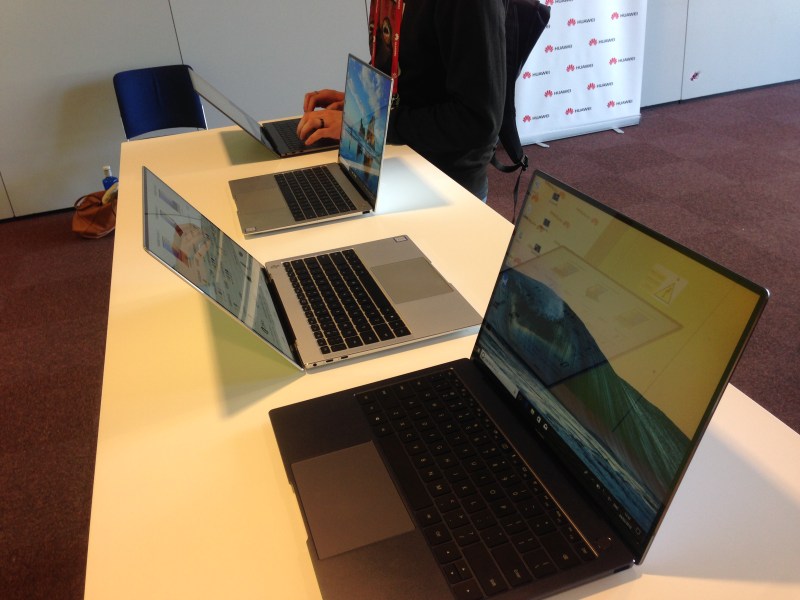 Lei said the company’s research found the camera to be one of most laptops’ least-used features, as consumers and business customers alike prefer the cameras on their smartphones. He also noted that many privacy-conscious users have taken to putting tape over their laptop camera, and he argued that the MateBook hidden camera offers better security.

“Now there’s no possibility that someone is spying on you or hacking you with the camera itself,” he said. 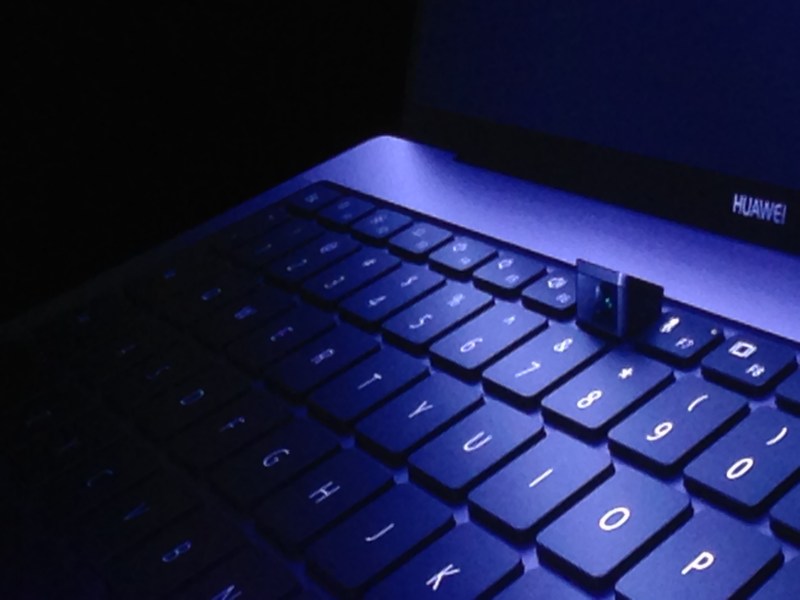 The MateBook has a ninth-generation Intel Core i7/i5 processor, as well as a Nvidia GeForce MX150 GPU with 2GB GDDR5. Lei said the battery, which comprises half of the machine’s internal components, could deliver 12 hours of video playback time.

“Today’s consumers want more. They expect their technology to be both powerful and adaptable — and Huawei is committed to creating devices that not only meet these expectations, but create experiences that make everyday computing extraordinary,” Richard Yu, CEO of Huawei’s consumer business group, said in a statement before the event. “The Huawei MateBook X Pro and Huawei MediaPad M5 Series are at the forefront of a new generation of mobile computing that empowers every aspect of your life.”

The company also showed its new MediaPad M5 Series. Lei said Huawei is now the world’s third-largest seller of tablets, after Apple and Samsung, so continuing to develop its lineup is essential.

The 10.8-inch MediaPad M5 Pro comes with the company’s M-Pen, which features 4,096 levels of pressure sensitivity to allow for more nuanced drawing and note-taking. 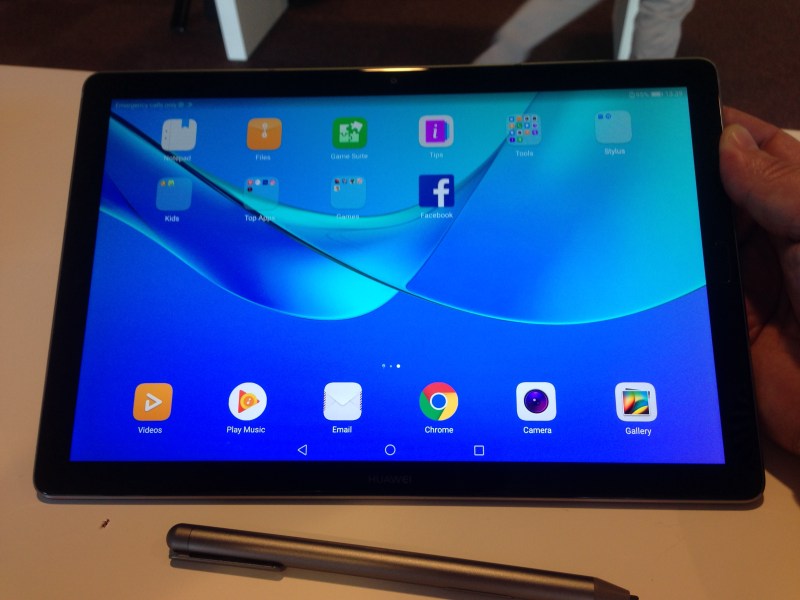 Both the 8.4-inch and 10.8-inch tablets come in Champagne Gold and Space Gray. The MediaPad M5 Android-based tablet includes two speakers on the 8.4-inch version and four on the 10.8-inch design. The speakers use a tuning developed in partnership with Harman Kardon.

The post will be updated when pricing and availability are announced.