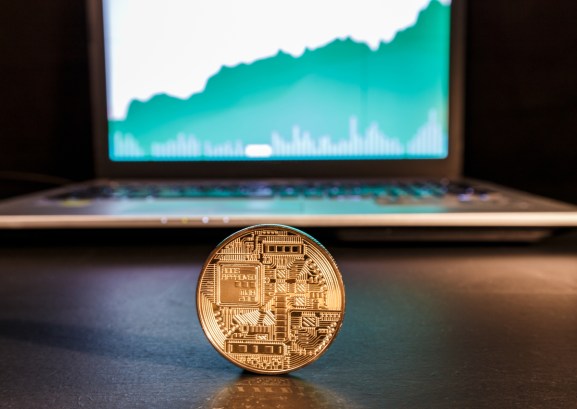 Cryptocurrencies are changing the world, but not without encountering some challenges. One major issue? Volatility.

Today, Havven, a decentralised payment network and stablecoin, announced that it has secured $25 million in pledged funds. The goal? To combat cryptocurrency volatility through a unique two-token model that is designed to achieve price stability.

Havven’s structure helps it to avoid any dependence on rising collateral prices through a system that backs itself.

It uses a dual coin solution — a stable cryptocurrency useful for everyday economic purposes (or “stablecoin”) — called Nomins, and the reserve tokens that back them, called Havvens. The company generates fees from users who complete transactions with the stablecoin. Those fees are then distributed among the holders of the reserve token, which compensates them for maintaining the system.

“Existing cryptocurrencies, particularly Bitcoin, fail as money, as they are too volatile to make most purchases,” Havven founder Kain Warwick told me. “It is critical for money to have stable purchasing power in the short to medium run. Havven, as a decentralized payment network, will allow people to transact in a cryptocurrency that maintains a stable purchasing power. This will unlock numerous decentralized solutions, like insurance contracts, prediction markets, and decentralized asset trading platforms.”

Today’s investment will be used to create both virtual and real-world networks.

“The funds from the sale will be used by the Havven foundation to help establish the Havven network,” Warwick said. “This will include establishing offices in major markets around the world, building a world-class team, and covering operating costs for the foundation. In addition to this, a significant portion of the funds will be used to collateralize the system in the initial phases.”

Havven offers digital payment methods that mirror the traditional forms of money and asset ownership — a unit of account, a medium of exchange, and a store of value. The Havven stablecoin system is a novel form of digital currency that reflects the steady value of such fiat currencies as the U.S. dollar, while retaining characteristics of Bitcoin, such as its transaction immutability and decentralization.

Havven is being released as an open source protocol built on the Ethereum network. By doing so, it enables the development of further decentralized systems and platforms. To maintain stability, Havven’s system generates cash flow for participants, creating a market value that can be used as collateral to support the stablecoin. In order to keep the system decentralized and trustworthy, each user has full transparency in terms of how many tokens have been issued against the available collateral at all times.

So what comes next for Havven?

“Once the sale is completed, the network launch will occur almost immediately,” Warwick said. “This will allow users to purchase Nomins and trade them, demonstrating the inherent value of the network. We plan to launch a promotion that allows users all over the world to purchase a highly sought-after phone.”

This will show how Havven works in a real-world situation, which Warwick says will also demonstrate the system’s anti-fraud capabilities.

“The Havven system reduces fraud to zero since all payments in the Havven network are immutable, as with other cryptocurrencies, like Bitcoin,” Warwick said.