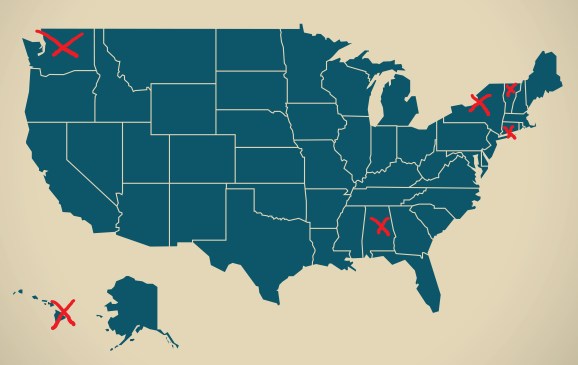 My blockchain startup, Mobius, recently conducted a $39 million token sale. But, given that the rules for token sales in the U.S. are still in flux, we had to do a lot of legal research before launching our sale. And we ended up excluding would-be buyers in six states: Alabama, Connecticut, Hawaii, New York, Vermont, and Washington.

In approaching our sale, we talked to countless elite law firms and Big 4 accounting firms to recruit the best team to guide us through this process. Ultimately we retained the team of Deloitte, Paul Hastings, Conyers Dill, and AML Experts to ensure we met all legal and regulatory requirements and that we have a solid base to build a large, global, decentralized business.

As you can guess, this kind of readiness comes with immense legal costs. And we found that legal advice is quite fragmented given that the industry and regulatory environment is still emerging. Lawyers have different opinions on what the law is, and the body of law involved is massive, potentially including securities, banking, money transmission, anti-money laundering, and consumer protection laws.

Our experience tells us that many blockchain companies will face unexpected legal and tax consequences due to inadequate preparation.

In order to help the community, we are releasing two key resources we developed for our token sale. We’re doing this via a new initiative called LawDEX, a free, open-source legal resource for blockchain developers and entrepreneurs that I developed with fellow Harvard Law School grad and Lightyear.io Counsel Lindsay Lin.

We hope that, in sharing these resources, we will save future blockchain startups quite a bit of money and rework.

As mentioned above, one of the biggest takeaways for us was that including the states of Alamaba, Connecticut, Hawaii, New York, Vermont, and Washington in our sale would pose a risk. Our legal advisors explained that those states appear to take the position that the exchange of fiat currency for virtual currency or virtual currency for virtual currency triggers money transmission or bit license requirements. While our lawyers said those states appear more intent on regulating exchange activity than token sales, they also told us they can be fairly aggressive when it comes to punishments based on state money-transmission acts. So we decided to err on the side of caution and exclude them.

Without further ado, here are the links to the two key resources our lawyers produced for us, each with a brief introduction:

Resource A: A 50-State Survey of the Regulation of Token Sales under State Money Transmission Acts, researched and drafted by Thomas Brown and Molly Swartz of Paul Hastings. This survey guided Mobius in forming its token sale policies. It gives a breakdown of how likely and unlikely each state is to regulate virtual currency sales under state money transmission statutes.

Resource B: A version of the Founder Institute’s Founder / Advisor Standard Template (FAST), modified to use tokens as compensation.

David Gobaud is cofounder and CEO of Mobius.