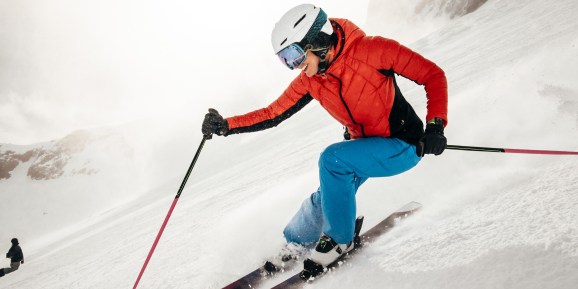 Apple announced today that the Apple Watch Series 3 can track skiing and snowboarding activity, thanks to software updates added to watchOS 4.2. The new feature requires the latest Apple Watch — the first to include a barometric altimeter — and one of several third-party apps, including Snoww, Slopes, Squaw Alpine, Snocru, or Ski Tracks.

Historically, Apple has included software support for a new device’s hardware features at launch, but the Apple Watch Series 3’s altimeter was a somewhat different story. While the Watch shipped with the ability to measure relative elevation using the altimeter hardware, it depended on third-party apps to support the feature. Previously, Apple Watch apps relied on a paired iPhone with altimeter hardware to enable similar tracking, thereby impacting two devices’ batteries at once.

The barometric altimeter can also be used for bicycle activity tracking and other purposes. As with skiing and snowboarding, third-party apps are required to make use of the altimeter.