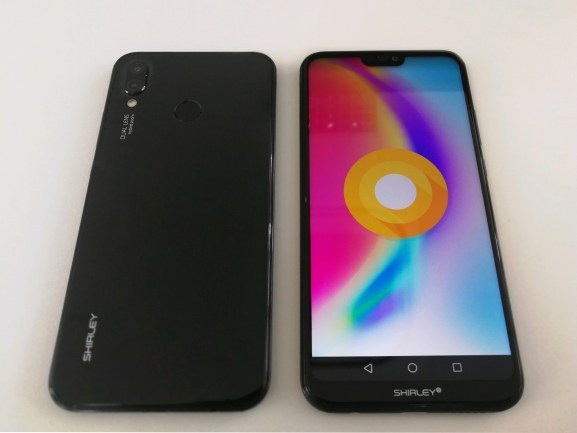 Huawei is preparing to launch its annual spring flagship, its P-series line, on March 27 in Paris. And while most of the hype from both the company and interested observers surrounds the triple-rear-camera P20 Pro, there are two other models in the lineup, and all three feature 18:9, nearly bezel-less displays — along with a controversial “notch” along the top of the screen to house a selfie cam and sensors.

Even the most modest of these handsets, the P20 Lite (pictured up top) is no slouch with respect to specifications. According to someone who’s spent time using the device, it’s a 5.6-inch phone with a 1080 x 2250 fullscreen display and rear-mounted fingerprint scanner.

On the back, its Leica co-developed dual camera array features a pair of 16-megapixel components, endowing it with hybrid zoom capabilities. EMUI 8.0 is employed for the user interface.

Neither pricing nor release details were shared at this time.