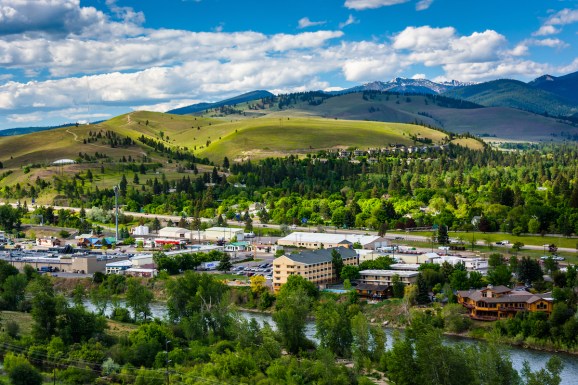 Montana’s high-tech businesses want to demonstrate that they can play a meaningful role in growing the state’s economy by offering higher wages than other businesses in the state, adding more jobs, and generating quick revenue growth.

That’s according to a report out today from the Montana High Tech Business Alliance. The organization, with assistance from the University of Montana Bureau of Business and Economic Research (BBER), has surveyed high-tech businesses in Montana for the past four years in order to measure the community’s progress and inform the rest of the state about the status of these companies.

“The growth trajectory of Montana’s high-tech industry has far exceeded our expectations when we began collecting this data in 2015,” MHTBA executive director Christina Quick Henderson stated in a press release.

The types of roles they’re most frequently looking to fill include software engineers and sales executives. Wages at both member and non-member high-tech businesses are expected to grow by 5 percent in 2018, while Montana’s annual wages grew by just 1.6 percent in 2016.

MHTBA members consist of 325 for-profit businesses with operations in Montana that make or sell high-tech products or provide related professional services and consulting. According to the MHTBA, high-tech products are defined as “computer-related or mobile technologies, such as software, apps, data hosting, or cybersecurity; intellectual property like drug therapies, engineering processes, and digital media; or technologically advanced equipment or systems such as consumer electronics, sensors, and scientific equipment.”

BBER surveyed 134 MHTBA members and 55 non-member high-tech firms and found that the median annual salary at both member and non-member businesses ($63,000 and $54,800, respectively) was nearly twice as large as the median earnings per Montana worker in 2017 ($27,126).

The survey also found that responding MHTBA members generated $1.4 billion in revenue in 2017 — up from $1.092 billion in 2016 (though the report’s authors cautioned that a significant number of firms chose not to answer this question).

“Not only are firms saying that it got harder over 2017, but they’re also saying that a lack of skilled workers is most commonly reported as their largest impediment to growing faster than they already are,” John Baldridge, one of the report’s co-authors, told VentureBeat. Baldridge said that this was the first time the MHTBA added questions about ease of hiring to the survey. They did so in response to what BBER and MHTBA had heard anecdotally about the biggest challenges facing high-tech businesses in Montana.

Baldridge didn’t offer any solutions for Montana’s hiring challenge, but the data suggests that any change in the ability to find qualified workers is going to have to come from within — MHTBA respondents said that 77 percent of their new employees in 2017 come from Montana, while 23 percent come from outside the state.

The report says BBER will continue to survey Montana high-tech businesses about the percentage of new hires from out of state in order to see how well these businesses are able to source talent in the state as they continue to grow.