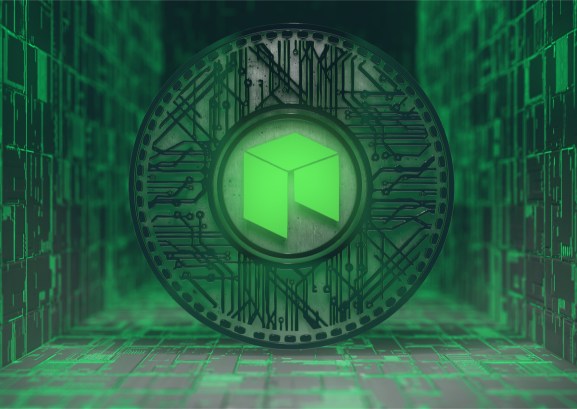 I struggle with NEO — currently the sixth most valuable cryptocurrency. It could be headed for a dominant position in the crypto world, but it could also be headed for self-destruction. I can’t figure out which.

I don’t react well to the line, “It’s the Ethereum of China,” because, well, anytime you say something is the _____ of China, you’re playing a bit of a marketing trick on people.

It’s an old one and it works, which is why people use it, but it’s a shortcut that creates hype and often masks the absence of a real business plan.

On the other hand, companies touted as the “Google of China,” “Amazon of China,” and “Facebook of China” — Baidu, Alibaba, and Tencent — are hugely dominant and profitable. It’s certainly true that the size of the Chinese market can make a success into an enormous success.

NEO’s architecture also gives us a lot to like — and a lot to hate.

Noam Levenson wrote a brilliant piece called “NEO versus Ethereum: Why NEO might be 2018’s strongest cryptocurrency,” in which he outlines not just how NEO is like Ethereum, but how it is better.

One of the most intriguing elements is how the platform token (NEO) is separate from the processor payment token (GAS). Another is its use of Delegated Byzantine Fault Tolerant algorithm instead of Proof-of-Work to achieve consensus and reward shareholders. Other NEO strengths include developer accessibility and scalability potential.

But blockchain is first and foremost about decentralization, and NEO’s technical architecture seems to come up short on that front. You can read a world-class takedown of the platform from the Store of Value blog. It does a pretty solid, factually-based job of proving that NEO is “more centralized than Ripple,” that the validator nodes are controlled by NEO, and that nodes are legally liable to stay up, which increases risk by taking anonymity out of the system. Contrast that with ARK, for example, where delegates go to great lengths to stay anonymous. In short, it seems clear NEO is not a truly open, permissionless platform.

Somehow, NEO has done a great job of driving developer awareness and engagement. This is not something that can be overstated, as it’s critical to success in the blockchain space. Between organic interest and ecosystem investment stemming from the ICO (plus token value appreciation), it’s clear developers are finding a lot to like with NEO. That’s impressive.

I know quite a few people who went to Neo DevCon in San Francisco in January, so anecdotally I’m hearing about the organic excitement for the platform.

Here’s the part where I put 2+2 together and get really nervous about the long-term viability of NEO.

I am an avid reader of the Wall Street Journal, and I’ve read a few articles recently that make me feel NEO could be very vulnerable. An Op-Ed entitled “Xi Jinping’s Ideological Ambitions,” for example, points out that President Xi has basically taken over the economy, both public and private.

“The party has solidified its formerly haphazard effort to establish cells inside large Chinese private enterprises, as well as within foreign companies and joint ventures operating inside China. Any substantial private company, whether local or foreign, is now expected to include party cells.

Since the party sits above the law, this means that core functions of state-owned enterprises and private companies alike are free from legal and regulatory oversight.”

That may be good news for NEO investors; they won’t need to worry about regulation affecting the platform. But who wants to help fuel a highly centralized blockchain that the Chinese Communist Party has oversight of? After all, this is the organization that got a Marriott employee fired for hitting “like” on a tweet about Tibet. Not exactly laissez-faire.

If NEO is as centralized as argued, and if it is (or could be) under the control of the Chinese autocracy, then it runs counter to the values of crypto and decentralization. And for that reason, the platform seems a risky investment, since users could abandon the platform if or when that centralized control begins to have negative consequences.

For better or for worse, Chinese consumers seem to have accepted that their information technology platforms are under the thumb of the government, and those platforms have become immensely valuable. If you’re considering getting behind NEO as a user, developer, or investor, ultimately, you have to ask yourself if you can similarly accept the centralization and party oversight — on a practical and/or moral level — or if you can’t.