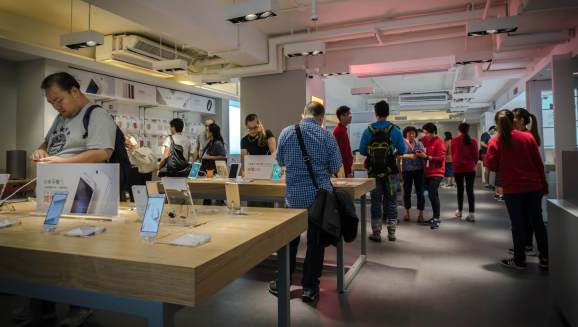 Sensing an opening, Chinese smartphone maker Xiaomi says it plans to enter the U.S. smartphone market in late 2018 or 2019.

The news comes just several weeks after rival Huawei, which appeared to have a head start, had its hopes dashed when a partnership with AT&T was scuttled. While both companies said the parting was mutual, the decision came after intense political blowback from U.S. politicians who worried that Huawei’s technology poses security risks for U.S. businesses and customers.

Today, the Wall Street Journal reported that Xiaomi chair Lei Jun told one of its reporters: “We’ve always been considering entering the U.S. market. We plan to start entering the market by end 2018, or by early 2019.”

In general, while Chinese tech companies have become massive primarily by succeeding on their home turf, they are facing challenges in exporting that success to Western markets.

Indeed, while Xiaomi seems poised to take a big step, there’s no word yet on a carrier partner, which would be critical to actually making headway in the market.

Huawei is selling an unlocked version of its Mate10 Pro in the U.S., positioning it as a premium Android device to rival Apple’s iPhone X. Xiaomi could certainly go the same route. But without the marketing muscle of a carrier and the push on the sales floor in carrier stores, it’s an uphill climb.

It will be interesting to see if Xiaomi can get a different consideration from U.S. carriers and politicians than Huawei. Xiaomi is primarily a consumer company, whereas Huawei has become a giant seller of networking equipment in addition to consumer products. It’s the networking products that have often spooked U.S. politicians.