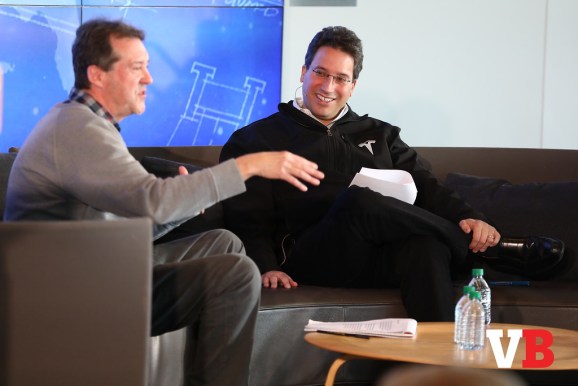 Venture capitalist Ira Ehrenpreis was an early entrant in the cleantech space, an early investor and board member at Tesla, and is now an early investor in mission-driven heartland tech companies via his firm DBL Partners (Double Bottom Line). Ehrenpreis has made a point of investing in entrepreneurs who are contributing to both their communities and their cash flow, and he sees no tradeoff between the two.

“I really want to debunk the old view that to get top financial returns you have to give up social and environmental returns,” Ehrenpreis said in an onstage interview at the VentureBeat Blueprint summit in Reno, Nevada. DBL investments include Mapbox, Apeel, SpaceX, Farmers Business Network, Advanced Microgrid Solutions, and Off Grid Electric.

“It’s not a zero-sum game or a tradeoff if you back the sort of entrepreneurs we’re backing. There’s an unprecedented wave of entrepreneurs right now who don’t believe in those tradeoffs. They don’t buy into the 18th or 19th century idea that you make money by day and think about your mission at night, or make money when you’re young and get into philanthropy later in life.”

Ehrenpreis cited Tesla founder and CEO Elon Musk as a key example, and said the generation of millennial entrepreneurs coming up behind him are emblematic of this ethos as well. DBL’s first fund was focused on investing in underserved areas — typically low and moderate-income communities.

“We wanted to find those left behind and use entrepreneurship to catalyze economic development and job opportunities,” Ehrenpreis said. The firm continues to track its investments in low and moderate-income communities, as well as the diversity of the entrepreneurs it funds.

“I’m happy to say we’re not at the two to four-percent venture capital average: Right now 57 percent of our companies are women-led,” he said to a round of applause. “But it’s about the opportunity. We don’t invest in women-led companies because they’re led by women. We invest in great entrepreneurs who happen to be women. And it’s the same with LMI [low- and moderate-income] areas — we’re investing in great opportunities.”

Ehrenpreis saw that opportunity early on with Tesla, and with Tesla’s decision to build its Gigafactory in Nevada. He points to the state as a blueprint for how all states should be working with companies.

“The states that were competing for the Tesla factory and for various other big manufacturing projects at the time were mostly doing it in the form of grants, and that’s been one of the key problems historically with public-private partnerships,” Ehrenpreis said. “There are these huge incentives to get them in, but then no way to guarantee continued benefits to both.”

In the case of Tesla and Nevada, the state has offered performance-based incentives along the way, so every time Tesla delivers on a promise — to hire a certain number of Nevada workers, for example, or invest in training programs in the community — they are rewarded. “If you reward a company for performance rather than promises, it’s a win-win,” he says. “It’s a good way for states, particularly Heartland states with tight budgets, to do this. If the company doesn’t perform, the state isn’t out any money.”