Google today launched the first Android P developer preview, available for download now at developer.android.com. The preview includes an updated SDK with system images for the Pixel, Pixel XL, Pixel 2, Pixel 2 XL, and the official Android Emulator. Unlike last year, there is no emulator for testing Android Wear on Android P. Other than that, the same rules apply. This is an early look at the next version of Android, which is being referred to as Android P until Google picks a name starting with that letter.

The goal of the first preview is to let developers play with the build early so they can explore new features and APIs for apps, test for compatibility, and give feedback before more details are shared at I/O 2018, scheduled for May 8 to May 10. More new features and capabilities will be released in subsequent developer previews, and eventually enrollments will be taken through the Android Beta Program. 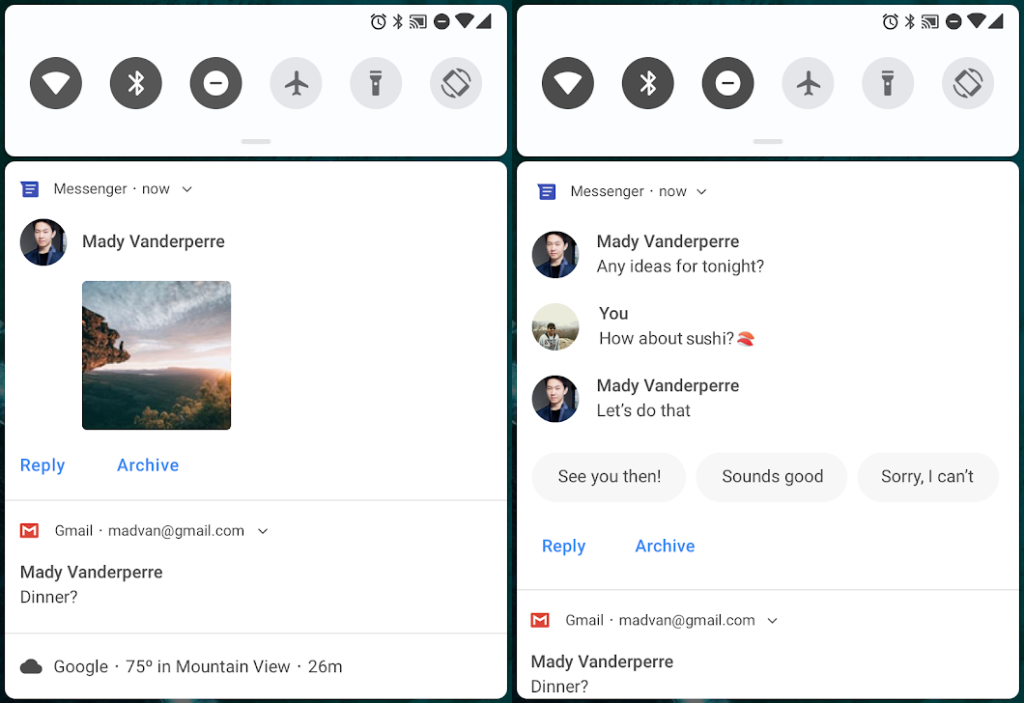 If you want the short version, here are the highlights for the first Android P developer preview: built-in support for display cutouts (read: notches), a tweaked Quick Settings panel, notification drawer with rounded corners, messages in notifications when replying inline, smart replies in notifications, a consistent UI for fingerprint authentication, and privacy enhancements to limit what apps can do in the background.

Still not satisfied? Here is the longer version of all the new APIs and features (and there is more to come; this is just the first preview, after all):

Google is asking developers to make their app compatible with Android P so that their users can expect a seamless transition when they upgrade. If you find any bugs, you can report them here.