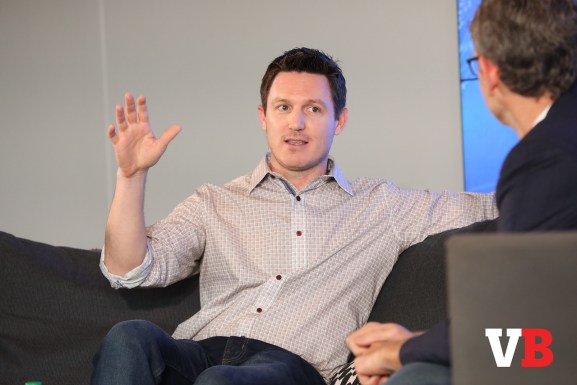 “When people hear ‘Koch’ they think I should run for office or run for cover,” Illian said onstage at VentureBeat’s Blueprint conference in Reno, Nevada.

But Koch Industries’ outsized presence — the company’s subsidiaries operate in fields ranging from oil and gas to manufacturing — presents an opportunity for Wichita, Kansas-based KDT to catalyze disruption in a number of industries by investing in tech startups.

Illian told the crowd at Blueprint that KDT is looking to invest in “Series B+, C+ rounds” and write $25 million to $200 million checks. KDT is open to investing in a wide array of industries — robotics, industrial automation, artificial intelligence, and geospatial technologies. Illian said that the only sector the subsidiary isn’t as interested in is B2C software.

Additionally, Illian said that while KDT is looking at investing in sectors Koch Industries already has expertise in, that’s not a requirement. KDT invested in Insightec even though Koch Industries “has hardly anything” in the medical sector, according to Illian, because KDT was intrigued by the disruptiveness of the company’s product.

Because KDT is not a venture capital fund, but rather an investment arm of Koch Industries, Illian said that KDT will put less pressure on entrepreneurs to exit quickly.

“If you want to keep your company private, great, if you want to go public — fine. If there’s some creative place in between and that’s what’s best for your company and the country, we’re good with that too,” Illian said.