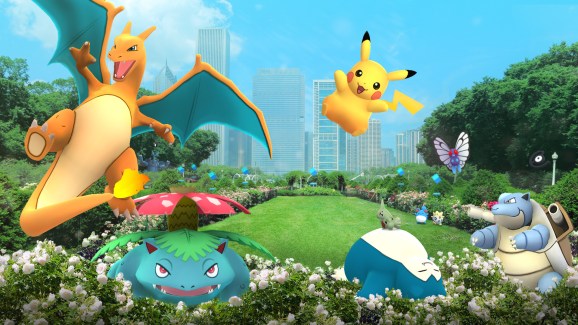 A year ago, VR was all the rage; now it is AR, in particular, mobile AR. The Big 5 Tech companies (Amazon, Apple, Facebook, Google, Microsoft) — plus AR app pioneer Snap — are all putting their considerable weight behind developing consumer AR applications, hardware devices, and developer toolkits.

For example, Amazon’s Amazon AR View feature inside its main iOS app enables shoppers to preview products in their intended context, so that you can preview how a toaster would look on your own kitchen counter. Apple offers the depth-measuring iPhone X, whose front-facing depth sensor enables apps like Snapchat to much more realistically add 3D masks to a user’s face than is feasible on regular phones. Google’s ARCore toolkit enables developers to build versatile Android AR apps.

And the list goes on, not only brought to market by the Big 5, but also by myriad AR app developers, hardware vendors, and toolkit companies.

Consumers get it: They engage with AR apps that are entertaining (The Meow! app lets you capture photos and videos of yourself along with your virtual pet); instructional (The Dance Reality app places recommended virtual footprints on the floor in front of you); informative (Google Lens lets you point your phone’s camera at a menu in a foreign language, and it will automatically shows the translation in your favorite language); or even addictive (remember Pokémon Go?).

All you need to do is view your physical surroundings through your smartphone’s camera and use a specific AR app. There’s no need to buy an expensive or intrusive set of AR glasses, let alone an AR headset or an AR projection system — although the day will come when hardware features, form factors and prices have been finessed enough to attract mass adoption.

Key to the initial success of mobile AR is that consumers don’t have to buy a new device to experience AR — it’s the device that is already in their pocket. However — and here’s the catch — while that device is good for ad hoc viewing, it doesn’t lend itself well to persistent AR engagement (even hardcore Pokémon Go players got tired of walking around like zombies, with their head bent down, glued to their screen).

If you’d just missed a bus and were stuck waiting in the bus shelter, you could grab your phone, point at an ad and watch the shelter come to life with an embedded video if you knew that the ad is AR-enabled, and you have the right app installed.

And those two “if”s are the catch. In fact, they are the bottlenecks preventing consumer mobile AR adoption on a larger scale.

To tackle the first bottleneck, we need a single industry-endorsed AR icon (such as, for instance, the Wi-Fi, Bluetooth, or QR — but not so ugly! — icons) that indicates there is AR content waiting to be explored.

For the second bottleneck, we need a universal method for viewing and engaging with AR content without requiring a product-specific app. This could be through an AR- and 3D-optimized cross-platform browser protocol along the lines of what Google is reportedly developing for its own Chrome browser. Or the solution might be a new generation of the iPhone and Android OS camera apps that would support 3D objects inclusion and real-time AR content. Such AR-enabled OS camera apps should also offer interfaces for third party developers to leverage.

What we certainly don’t need is a balkanization of AR standards that would force developers to build multiple versions of their solutions.

The good news is that the main mobile AR players (to start: the Big 5 Tech vendors, Snap, and key AR development toolkit providers) have strong incentives to work together to tackle these bottlenecks.  For the foreseeable future, ad hoc AR consumption through smartphones will continue to be the default way for consumers to engage with AR. Enabling consumers to engage with AR on an ad hoc basis without installing multiple apps will boost adoption. As no single player is dominant enough to impose their AR protocols to the entire AR ecosystem, AR vendors have a built-in incentive to work together towards a universal industry standard, not only to notify consumers when there is AR content available, but also to enable consumers to access content in a frictionless manner.