Earnings calls tend to be all about the numbers. But a fascinating new analysis of the words spoken during the earnings calls for Apple, Google, Facebook, Microsoft, and Amazon reveal how these companies see themselves changing over time.

When it comes to competition, Amazon almost never mentions the other four. On the other hand, Apple and Google tend to talk about each other quite a bit.

The biggest strategic shift among the five involves artificial intelligence and machine learning. Use of both terms has exploded, unsurprisingly, over the past couple of years. But whereas Microsoft leads the pack in talking about AI, Google prefers to talk about machine learning.

Google has also been talking the most about voice, a bit unexpected considering that Amazon currently leads the market with its Alexa-powered gadgets. 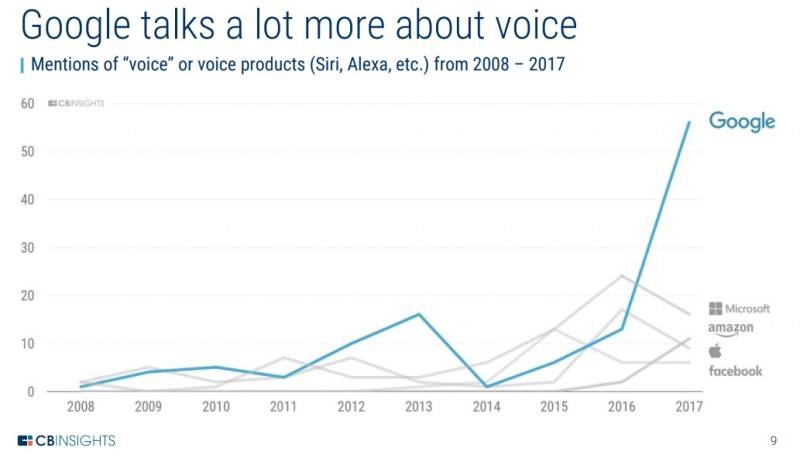 Google discusses innovation far more than the others on its earnings call and now mentions YouTube more often than its search products. Microsoft has shifted toward talking about enterprise customers over consumers. Facebook discusses Instagram more than its other services. Amazon focuses on Prime above all.

And Apple? It’s all about the iPhone.