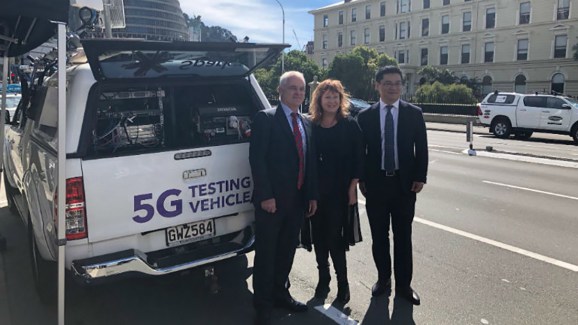 As governments race to authorize 5G wireless networks across the globe, Canada and New Zealand each took major steps today toward testing 5G technologies within their borders. Yet nationwide 5G service appears to remain years away for both countries, pending key government decisions.

In Canada, Innovation Minister Navdeep Bains today announced ENCQOR, a “5G corridor” of wireless test beds located throughout Quebec and Ontario. According to CTV News, ENCQOR is a public-private collaboration between the governments of Canada, Quebec, and Ontario, working with Ericsson, Ciena Canada, Thales Canada, IBM Canada, and CGI. The digital corridor will be built later this year, and offer 5G access to approximately 1,000 small and medium-sized Canadian businesses starting in early 2019.

While the proposal and its CAD $400 million (U.S. $306 million) budget might sound substantial, they’re relatively limited by 5G network standards. Rather than offering the prospect of consumer 5G services, ENCQOR is designed primarily to facilitate research and technology collaborations between Canadian companies. Additionally, no Canadian mobile carrier is participating.

As we reported in February, Canadian carrier Telus has been testing fixed 5G services in Vancouver using hardware from Chinese equipment provider Huawei; Bell Canada has also reportedly tested 5G in rural parts of the country. But major Canadian cities such as Toronto have not yet been promised consumer 5G service, nor has the Canadian government allocated key radio spectra needed for 5G services.

It’s also noteworthy that Canada’s ENCQOR announcement comes only days after three former Canadian national security agency heads urged the government to cut ties with Huawei. As The Globe and Mail reports, the three officials raised concerns over Chinese monitoring of network communications, mirroring issues previously identified in the U.S. and Australia. Current Canadian officials appear to be weighing the warnings without committing to anything.

As with Canada, the challenge for Spark is nationwide deployment. “We intend to be at the forefront of deploying this technology in New Zealand once the required spectrum is made available,” said Spark managing director Simon Moutter. Company COO Mark Beder underlined the point, saying that “industry and government partnerships will be crucial to ensuring New Zealand achieves the full benefits of 5G opportunities as soon as possible, and we will be working closely with the Government to outline our future spectrum requirements.”

A report from RCR Wireless noted that New Zealand has struggled in recent months with the question of whether to create a national 5G network or leave the infrastructure building to private carriers. Last December, a wholesale network provider claimed that 5G network construction costs would be unsustainable for the country’s three major carriers and called for the government to intervene. But Spark rejected the suggestion, claiming that carrier competition had worked for consumers in prior cellular generations and will work again for 5G.