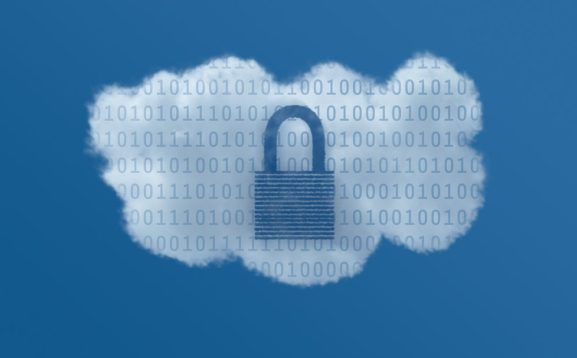 Security is at the forefront of most cryptocurrency holders’ minds. Whether they own Bitcoin or any one of the hundreds of tokens available through blockchain technology projects across the globe, securing keys and protecting access to those valuable assets is a big concern.

Referred to by many as “The Swiss Fort Knox,” Mount10 owns and operates two highly secure datacenters in the Swiss Alps. The datacenters themselves are, in fact, almost 7 miles apart from each other, housed inside old Cold War bunkers built by the Swiss military that are designed to survive a nuclear blast.

“Proxeus is proposing a new way to store and access data,” Antoine Verdon, cofounder and CEO at Proxeus, told me. “Traditionally, users were faced with a trade-off — high security or easy accessibility. We let them have both by using blockchain technology. With Proxeus you can encrypt your data and store it securely off-chain while controlling ownership and access via smart contracts.”

So what is Proxeus, and why has it partnered with Mount10?

Proxeus offers a framework for decentralized applications (dApps) that lets companies digitize their workflows and start connecting them with smart contracts on the blockchain. The result? Users gain all the benefits of a blockchain application, including efficiency gains, cost reduction, transparency, and the opportunity to apply new business models to existing strategies.

“Today, blockchain is like the internet 20 years ago,” Verdon said. “At the time, if you wanted to program a website, you had to open up a blank page and start writing code manually. But then tools like WordPress emerged, allowing anyone to assemble the skeleton of their website very quickly. We bring the same approach to the blockchain space. Our workflow engine and document generator allow you to digitize your processes and start connecting them with smart contracts on the blockchain without writing a single line of code. Our partners could make first prototypes of their DApps within hours instead of months.”

Proxeus, which has offices in Liechtenstein, Zug, Zurich, Lisbon, and Singapore, recently won an Early Stage Award at the Swiss Fintech Awards and completed a successful ICO.

The team raised $25 million over two days in a silent token sale, and the company claims it achieved this with no marketing budget. $10 million was raised by 20 buyers during the presale, with the remaining $15 million raised during the main sale from approximately 800 investors. The funds will be used to continue to build the product and the community surrounding it.

The partnership with Mount10 means that the data is secured with military-grade encryption, while still being shareable and accessible. Proxeus will securely transmit encrypted data on the client’s computer to off-chain storage on Mount10’s infrastructure.

“While we take care of managing the encryption and access to the files, Mount10 helps us keep files securely by providing the highest security storage grade possible, in a nuclear-proof storage location deep underneath the Swiss mountains,” Verdon said.

Access and ownership are controlled by smart contracts, made accessible through dApps. This allows users to create what is effectively a digital safety deposit box. To share access, a key is securely provided via blockchain technology, instead of insecure methods like email or messaging apps.

The first applications built using Proxeus will be announced in April 2018.

“We have a working prototype and are exploring use cases with industry leaders in trade finance, compliance, art and real estate,” Verdon said. “The first application will be presented publicly on April 9 in Zurich — we have been helping Switzerland to digitize and simplify their company incorporation workflow.”

Mount10 won’t be the only storage partnership Proxeus will announce.

“We are building a decentralised ecosystem,” Verdon said. “In the future, any storage provider will be able to connect to our system via blockchain and offer storage services to any user without requiring a signed contract — they will simply be charging clients on a pay-per-file basis. As a user, you will be able to choose your service provider or simply give parameters (storage price, location, document size) and the best offer published on the blockchain will be chosen for you.”