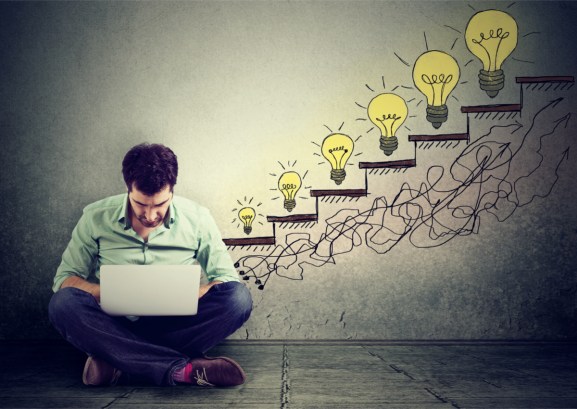 IBM Watson’s 2011 debut stunned the world by defeating some of Jeopardy’s finest champions. Seven years later, Watson’s greatest achievement is, err, still that Jeopardy win oh so many years ago.

The Watson launch was a mass market striptease that had the world in awe of the potential of AI. It inspired a generation of technologists to set their sites on AI. But while it helped to end the so-called “AI-winters,” it has yet to produce an enterprise-viable technology.

We shouldn’t be surprised by that. Technology does what we ask it to do. Made-for-TV AI is going to make for good TV. Turning that into a practical application for business is another story.

The answer is pretty simple: None of them had a practical application that created value for the customer.

Google Glass was a novelty that came at the expense of the user’s dignity.

Oculus was supposed to be premium entertainment, but its ecosystem failed to entertain us.

Hoverboards and Segway lost the battle to human legs, as stubborn and practical a competitor in the transportation industry as we’ve ever seen.

Cisco killed off Flip (which it acquired in 2009) mere moments after it realized Apple had launched the iPhone in 2007. It turns out it’s impractical to carry a Flip camera with your smartphone, especially when the phone has a better camera and, you know, the ability to be a phone.

And therein lies the big problem: When you market something as a quantum leap, it better deliver massive value. In the meantime, practical applications of advanced technologies will deliver value for the investment nine times out of 10. Big businesses, in particular, like those odds.

Small is the new big

Big business is most business these days.

If WalMart was a country, it would be the 10th largest in the world based on revenue. When you compare company and government revenue, 69 of the top 100 economic entities are corporations. Last year’s Fortune 500 made up two thirds of the U.S. GDP. And a landmark 2015 report from Mckinsey Global Institute declared that 10 percent of public companies generated 80 percent of profits globally.

Given the size and scale of these companies, you might think they’re only interested in transformative technologies. I’ve found the opposite is more often the case.

Consider that a 1 percent cost reduction in a billion-dollar business unit is more money than most startups will ever earn in revenue. When you’re measuring market capitalization in the hundreds of billions, small percentages can move mountains. And once you’re big, you don’t have to play three-dimensional chess. Checkers works just fine for market-leading incumbents.

When Microsoft changed its free user policy for OneDrive, it was a small change with a potentially huge impact. For every 1 percent of the total amount of free users Microsoft converted, the revenue was estimated to be $107 million.

In 2016, UPS introduced ORION (On Road Integrated Optimization Navigation) to one of its core business segments, reducing a driver’s route by a mile a day. The calculated savings? $50 million per year.

Amazon’s AI-driven recommendation engine has made it astronomical amounts of money online. An estimated 35 percent of sales are estimated to come from these predictions.

So what’s wrong with a small or narrow application of AI in a single business unit? Why are we so wedded to the notion of enterprise-wide, massive AI rollouts? The answer is that big system integrators are looking to bleed corporations dry by making the promising technology of AI into the new ERP system overhauls of old.

Our imaginations have let our minds run off on Star Trek-inspired daydreams. Culturally, it’s tricorders and omnipresent talking computers or bust. Those dreams will come true one day, but our impatience is standing in the way of real progress in the present.

If we could implement a basic AI-powered application in two business units of each Fortune 100 company by the end of 2017, we’d usher in a new economic era almost overnight.

Let that sink in.

That’s big change, at massive scale. And we can only do it if we reign in our rhetoric and humble ourselves to the task at hand. Smaller, more focused implementations of AI will change the world.

When you apply the practical framework to AI innovation, the business case basically writes itself. What’s the scariest thing to any CIO walking into a board room to sell in the Next Big Thing? Proving that it has actual business value, and is worth the cost of innovation.

Until recently, corporations have struggled with the expectation (and the oversold promise) that AI can disrupt your entire suite of business processes.

That’s precisely how you fail with AI. Instead, don’t change a thing about your processes, change your expectations.

Just get started with AI — nothing more, nothing less. You will be surprised how much you accomplish with a measured, practical approach to this technology.