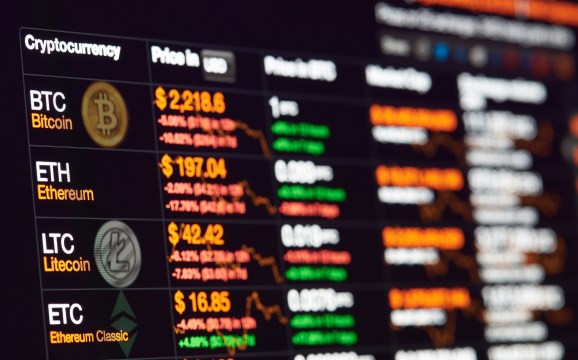 Last year, Congress passed a law treating every crypto-to-crypto trade as a taxable event. That’s a mistake. Cryptocurrencies are too novel, fraught, and susceptible to unintended consequences to be taxed the same way as stocks and precious metals are. Here are 15 reasons why these trades shouldn’t be taxed.

A ponzi scheme, Bitconnect, once commanded a market cap of $2.8 billion; then it vanished overnight. Our tax policy rewards long-term holding, which is great when you’re hoarding Apple stock, but ruinous if you’re invested in a fly-by-night.

The pace is blazing, and we need to give investors the flexibility to exit out of the laggards and move their investments into the disruptors. That’s how the mega-rich are minted, and we don’t want them all in Asia.

3. Tracking trades is a headache

There are dozens of exchanges and proprietary wallets, with more launching daily. Unlike bank accounts, which are static, traders need to actively shuffle their wallet addresses to stay secure. Logging this movement is a logistical nightmare, and some traders would rather risk an audit than bother.

5. A new type of exchange will elude the IRS

6. The future won’t have a paper trail

We can track most cryptocurrency movement today on public blockchains, but soon that won’t be the case. Privacy coins like Monero, ZCash, Dash, and ZenCash obfuscate transactions by design. And ZenCash is building the infrastructure for privacy-based, decentralized apps. Harsh tax treatment promotes a future with absolute privacy; we may even see Bitcoin or Ethereum add private transactions as a native feature. Combine private transactions with decentralized exchanges, and our tax policy operates on the honor system.

It’s unfair to pay taxes if you trade a coin for its exact replica or a slightly improved fork. Sometimes it’s not obvious which coin is the original and which is the copy. Recently, a government body claimed that Bitcoin Cash is the original Bitcoin and that what we call Bitcoin today is the fork.

I recently spoke with Zhuling Chen, the cofounder of Aelf, a top-100 cryptocurrency. He believes 2018 will be the year of the stablecoin: coins that are backed by fiat currencies or physical assets. Stablecoins raise a number of issues. For example, if you trade one coin that’s pegged to the dollar for another coin that’s pegged to the dollar, isn’t that like trading one dollar for one dollar?

Say you buy $1,000 worth of Bitcoin. A month later, you invest that Bitcoin in an ICO. What’s your cost basis for the ICO token? It should be the price of Bitcoin at the moment you sold it, but which price? Bitcoin is priced differently on different exchanges, and those prices can vary as much as 5-10 percent.

10. It’s impossible to buy most cryptocurrencies with U.S. dollars

In order to buy a smaller coin, you need to first buy Bitcoin or Ethereum. Platforms like Coinbase can take a week to process that purchase, so if the price of Bitcoin or Ethereum falls or rises in the meantime, that’s an immediate taxable event. Pain!

The wealthy are moving to Puerto Rico and other tax havens.

12. Hacking or accidental loss is an everyday affair

Say you were holding Bitcoin and someone hacked your wallet and used it to buy another coin. The IRS takes notice and taxes you as if you sold all your Bitcoin. There’s no way for you to prove that you didn’t make that trade. Similarly, if you intend to make a trade but copy-and-paste the recipient’s wallet address incorrectly, you’ve lost all your coins and the government will still stick you with a tax bill.

The market peaked in December and crashed in 2018. If you traded Bitcoin in December for a smaller coin and then that smaller coin tanked with the market, you could now owe more in taxes than your net worth, wiping you out. A gentler tax policy would give you a chance to recover.

14. Crypto-savvy tax professionals are hard to find and expensive

Good luck finding an accountant or tax lawyer who understands air drops, token sales, forks, stablecoins, mining, staking, and whatever else will be invented next week. Those professionals exist, but they come with a steep price tag.

No one is declaring their cryptocurrency profits. Threats, penalties, and complex rules are falling flat. Why not try simplicity and leeway?

The more sensible alternative is clear. Tax cryptocurrency only when traded for another asset class, like dollars or gift cards or Teslas. Then we give investors the flexibility to dodge scams, the boldness to bet on the next big idea, the incentive to trade on an American exchange instead of an Asian or decentralized one, and the chance to recover if they lose big in a crash or get hacked. As a bonus, more people will voluntarily declare their profits, and that will matter a lot in the future, because we won’t be able to police those profits anyway.

Adam Ghahramani is cofounder of bison.gg, an esports blockchain startup, and adviser to thevinx.network, tokenizing wine futures. He is a frequent contributor to VentureBeat. Find him at adamagb.com.