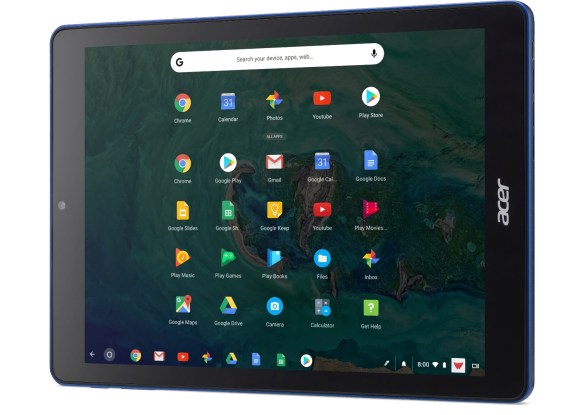 Acer has today lifted the lid on the first known tablet to run Google’s Chrome OS out of the box.

While the device did make a brief unofficial appearance on the internet earlier this year, today marks the official launch of the Chromebook Tab 10, which is an education-focused tablet that’s designed to “promote engagement and collaboration between students and teachers,” according to a statement issued by the company today.

Chrome OS was first announced by Google back in 2009, though the first retail machines didn’t arrive on the market until 2011. Chrome OS is an operating system whereby Google’s Chrome browser serves as the primary mechanism for accessing services in the cloud via web apps. So far, Chrome OS has pretty much been limited to laptop-style devices, though Google has previously told users to expect tablets running Chrome OS at some point.

The Acer Chromebook Tab 10 will be aimed at K-12 classrooms, and the Taiwanese tech giant will be hoping to emulate the success of Chromebooks in U.S. classrooms with a different form factor. 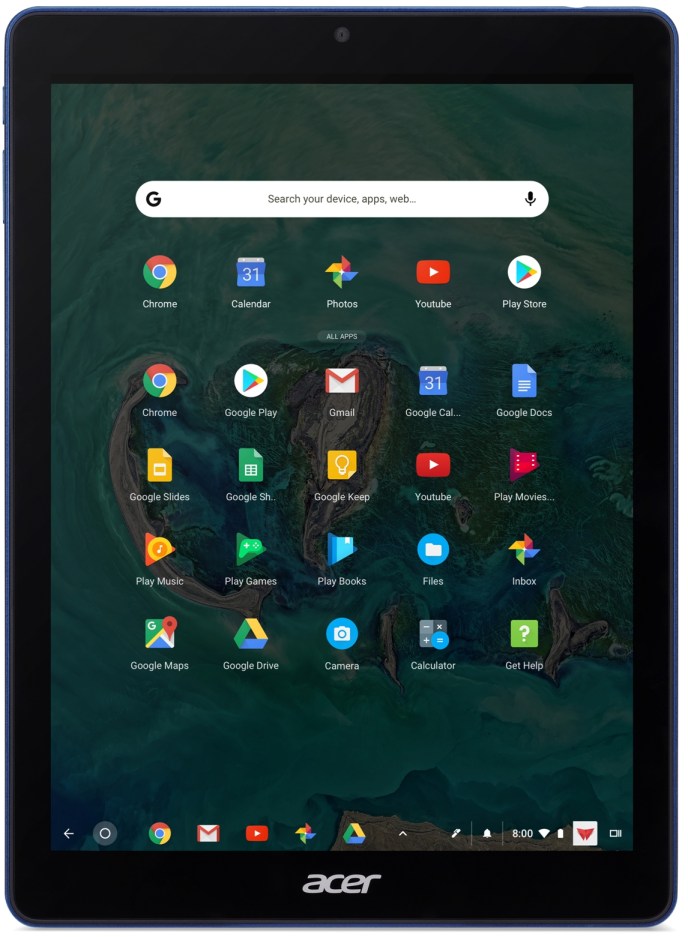 Above: The Chromebook Tab 10

“The Acer Chromebook Tab 10 combines advances in hardware and application support to enable more meaningful learning for an even wider range of K-12 students,” noted James Lin, general manager of consumer notebooks for the IT Products Business group at Acer. “The new Acer Chromebook Tab 10 encourages students to discover new ways of understanding the world around them.”

The Acer Chromebook Tab 10 will cost $329 and will be sold in the educational and commercial realms across North America from April, while it will land in Europe and other markets in May for €329.