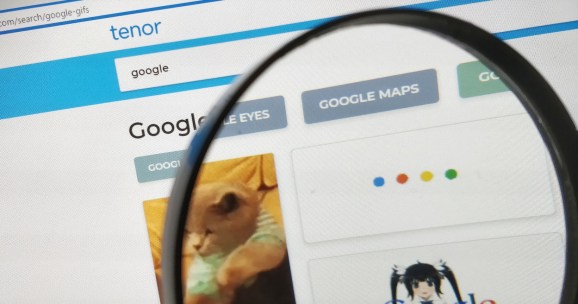 Google is going all-in on GIFs today with the news that it’s acquiring GIF search engine Tenor. Terms of the deal were not disclosed.

Founded in 2014, Tenor is one of a number of GIF-focused platforms to come to the fore in recent years. The San Francisco-based company offers a web-based GIF search engine in addition to a keyboard app for Android and iOS that enables users to easily access GIFs from within any app.

Tenor claims a whopping 12 billion monthly searches are carried out each month by 300 million users, and it’s this scale that Google is now looking to tap into. Indeed, Tenor already claims a number of big-name partners including Apple’s iMessage, WhatsApp, Facebook, Twitter, and Google itself via Gboard.

According to Google, Tenor will continue as is, and it will maintain its separate brand. “We’re looking forward to investing in their technology and relationships with content and API partners,” noted Google Images director of engineering Cathy Edwards, in a blog post. Tenor founder David McIntosh, who also serves as CEO, will continue to lead Tenor alongside his cofounders Erick Hachenburg and Frank Nawabi.

However, it will be interesting to see whether this acquisition leads to Google rivals such as Facebook or Apple removing support for Tenor in the future.

The fact that the humble GIF continues to thrive more than 30 years after the file format was first introduced is remarkable. But in an age of mobile messaging and ubiquitous computing, the expressive and emotive qualities offered by a little looping animated photo are clearly a big draw for consumers, and thus for tech companies and investors too.

Tenor had raised around $32 million in equity funding, according to Crunchbase data, while New York-based GIF engine Giphy has raised north of $150 million. Interestingly, Alphabet’s venture arm GV (formerly Google Ventures) invested as part of Giphy’s $72 million series D investment round back in 2016.

Tenor took its first tentative steps toward monetizing its service in April 2017 with the launch of real-time analytics, while it later launched sponsored GIFs from big brands such as Dunkin’ Donuts. Tenor also recently announced it was embracing augmented reality (AR) with a new software development kit (SDK) that allows Unity and Apple’s ARKit developers to integrate GIFs into AR applications.

Put simply, GIFs are hot and monetizable, and Google wants in on the action. The internet giant plans to integrate Tenor’s GIF search smarts into Google Images, while it also harbors plans to push them out into other Google products such as Gboard, which already offers support for Tenor GIFs.

“When we started Google Images, we focused on making it easy to find photos and images from across the web,” added Edwards. “But as the web evolved and mobile devices changed the way people search, the way people use Google Images has changed too. Most people now use Google Images to find more information about a topic, and to help them communicate and express themselves — case in point, we see millions of searches for GIFs every day.”