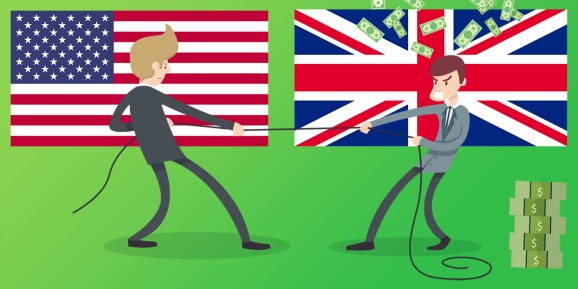 Earlier this month, I detailed how the EU is currently losing its best and brightest in a startup brain drain to the U.S. As I explained, EU startups are finding it necessary to look to U.S.-based venture funds for investments but often have to “flip” into subsidiaries of U.S.-based parent companies as a condition of the deal, resulting in a mass migration of EU innovators to the U.S.

Europe faces the real danger of blowing its startup moment. But if the EU acts quickly, it can counter that threat by engaging with U.S.-based venture funds that are open and willing to invest in foreign startups without requiring them to flip.

What I didn’t detail in that earlier story is that the UK is proving to be an exception to the brain drain trend. Last year the UK’s tech sector hit an all-time high of VC investment, attracting almost double ($4.2 billion) the total amount of venture capital invested in UK firms in 2016 ($2.3 billion). The lion’s share of that activity happened in London, which has been on a rapid ascent during the past several years. Indeed, it stands now as Europe’s startup and tech capital and serves as a total outlier to the rest of the region.

Daniel Glazer, Partner at Silicon Valley-based law firm Wilson Sonsini Goodrich & Rosati, which advises non-U.S. tech companies through their U.S. life cycle, recently told me, “The concentration of capital, talent, industries, and promising companies at all stages of growth [in the UK] – particularly in London – is unmatched in Europe, even in a post-Referendum environment.”

London’s venture profile soared from $100 million in VC investment in 2010 to $3.3 billion in 2017. The city currently boasts 4,300-5,900 active startups, which is the fourth highest startup output in the world. As a matter of fact, London now ranks third among global startup ecosystem, trailing only Silicon Valley and New York. Its tech startup landscape has evolved in the span of just a decade from a Silicon Joke to a self-sustaining ecosystem that can fully support the needs of its community.

The fact that London has a homegrown concentration of VCs and angels that have the mindset, means, and muscle to back their local ecosystem is a particular boon for its early-stage startups, because only startups at their seed and Series A rounds are typically vulnerable to being flipped into “Americanized” companies. As a startup approaches its growth stage (Series B or later), the pressure to uproot to the U.S. due to funding-related requirements generally fades.

This trend has “evolved particularly significantly since the launch of the SEIS scheme in 2012,” Glazer said. “Anecdotally, the number of early-stage London companies we meet who say they are looking to leave London and move to the States due to lack of funding has fallen markedly over the past several years.” He pointed me to a couple of resources indicating that London’s early-stage funding ecosystem is in good health, with plenty of active seed and Series A investors.

Now, U.S.-based investors have some good (or fair) reasons for pushing for a Delaware flip, but some of them — options like convertible debt and employee equity benefits (both popular vehicles stateside, but not outside) — are much less critical for growth-stage startups. For growth-stage startups, then, the question of whether or not to flip has less to do with funding and more to do with the company’s long-term strategy.

And a UK-based parent company can be a more compelling proposition than a U.S. one in that context.

“London is a much better place on paper than anywhere in the U.S. Lower corporate tax, no need to pay for healthcare, clean employment laws, and simple company law. There are even good tax breaks for investment,” Ben Gamble, CTO at UK startup Quincus, told me. “You even have access to a much bigger talent pool (the whole of the EU) which don’t require visas. It’s just the nature of investors that needs to change.”

Until recently, you could have argued it was smarter to have the parent company remain UK-based since the U.S. corporate tax used to tally as high as 40 percent (that’s federal plus state taxes) versus the UK’s steady 19 percent. UK-based investments certainly made for an alluring opportunity for the trillions in “trapped cash” some major U.S. corporations were holding overseas. However, the recent reduction in the U.S. federal corp tax rate to 21 percent has significantly tapered off the tax-angle argument. What you are left with now are the UK’s strong market fundamentals.

“In general, investors have been attracted to the idea of doing business in the UK because the English legal system tends to be seen as commercially focused, robust, and reliable,” Jamie Kerr, Head of External Affairs at the Institute of Directors, told me. He said UK policy has been on a positive trajectory in helping early stage companies get funding by creating favourable tax breaks for investors.

The general compatibility of the UK framework with that of the U.S. makes for an ideal pairing of the two markets, and the UK’s exceptionalism in supporting home-grown companies through their early stages means startups don’t need to flip unless they’re intent on U.S. expansion.

The fact is that, when it comes to funding startups, London is now a competitive peer to Silicon Valley, and going by recent developments like SoftBank’s arrival in the city and the goliath investments that have accompanied it, we can expect to see the bargaining power of UK-based startups and London’s position as a premiere startup hub continue to rise.