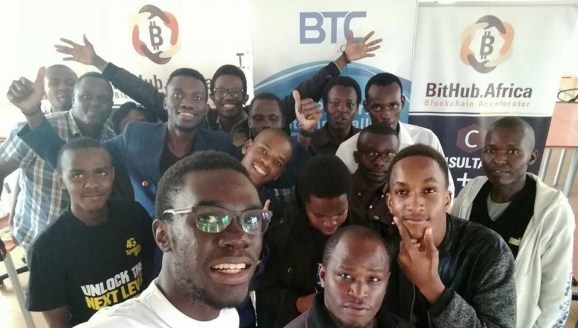 At the beginning of March, some of the brightest minds from the blockchain world joined representatives from the financial, legal, and global technology industries to discuss widespread blockchain adoption. But the event wasn’t held in fintech hub London, or startup mecca San Francisco. It was in Johannesburg, South Africa, at the fourth edition of the Blockchain Africa conference hosted at the Microsoft HQ.

The majority of African states are still considered developing nations and have been held back by legacies of colonialism, resulting in problems such as armed conflicts, corruption, and poverty. But the blockchain ecosystem in many places is already starting to garner strength and has the potential to make a huge impact on African economies and societies.

While African tech ecosystems may not get the attention they deserve, the region is home to a number of emerging blockchain and crypto communities, and local players are using blockchain technology to tackle social, economic, and political problems – and as a launch pad into global markets.

While still in their early growth stages compared to the crypto hubs in central and eastern Europe and Switzerland, blockchain communities in Kenya, South Africa, Nigeria, and Sudan are growing steady.

BitHub Africa , based in Nairobi, is a blockchain accelerator for local startups founded in December 2015. The organization provides consulting services for organizations interested in deploying blockchain solutions across Africa and the Middle East and also helps local blockchain startups hit the ground running. The organization has a hyper-focus on incubating micro-lending startups. It also engages with local regulators to advocate for the adoption of blockchain in Kenya’s tech policy and for favorable regulations for ICOs and cryptocurrencies.

The Blockchain Academy is working closely with local financial institutions and counts representatives from Barclays Africa, Standard Bank, and the Central Bank of Swaziland as former alumni. Blockchain is especially topical in the financial sector in South Africa, since the South African Reserve Bank (SARB), the country’s central bank, launched a new FinTech initiative with crypto startup ConsenSys based on enterprise blockchain Quorum.

Other smaller scale groups have emerged in Sudan, where crypto meetups and events started popping up back in 2015, and have since grown into larger, more active communities thanks to the cohesive power of social media groups — in particular Facebook. A number of blockchain-related businesses have also begun to take root in the country, including blockchain development company Codexi, and blockchain-based gold mining enterprise SG Mining, which backs its cryptocurrency with gold assets.

In Lagos, Nigeria, the first Nigeria Blockchain Alliance Conference was held in November 2017. According the Bitcoin Africa.io, Nigeria’s blockchain community has experienced considerable growth over the past two years, seeing the launch of a number of new blockchain startups, and the CDIN initiative , which aims to inform and educate Nigerians about the potential benefits of blockchains and cryptocurrencies. To top it off, Nigerian Blockchain startup SureRemit just raised the largest African ICO to date — $8 million for its non-cash remittance platform.

To date, blockchain adoption has been sporadic across Africa, but the emerging use cases are tackling real social, economic, and political problems affecting hundreds of millions of people every day:

Fighting corruption. One of the main pulls of blockchain technology is that it is decentralized, and transparent, leading to many possible use cases based on combating corrupt political and voting systems.

During the most recent elections in Sierra Leone, Swiss company Agora harnessed the power of blockchain to ensure a fair count of electoral votes. Trusted representatives at polling stations counted the votes and then saved the results on Agora’s blockchain. While the technology served its purpose, it is important to note that the project was only rolled out in the western part of the country, and the unofficial results gathered by Agora still ended up different from the official results announced by the government. The government has since publically downplayed the role Agora played in the elections, claiming company representatives were allowed access as “observers” but were not involved in the elections themselves.

However, Agora CEO Leonardo Gannar told rFI that this project was a test and did not represent the full capabilities of the technology, which would eventually allow remote e-voting and would combat vote buying. Agora expects its technology to be widely adopted across the continent for future elections.

In Ghana, a project called Bitland has been helping settle land disputes since 2016 using its own blockchain, the Bitland network, to store land registrations. The project has been trialed in 28 communities in Kumasi to date, and the organizers hope to reduce illegal displacement and corruption in the area by allowing citizens to record their land titles in a way that cannot be deleted or changed by a third party thanks to the nature of the technology.

Combatting inflation. Cryptocurrencies are particularly useful in economies where there are restrictions on transporting cash across borders, where public access to mainstream banking is low, or where local economies are rife with inflation. In Zimbabwe, which has seen rapid inflation in recent years, Bitcoin sales have soared as locals rush to protect their savings before they devalue.

With inflation and corruption comes a lack of public trust in governments, central banks, and financial institutions. However, thanks to rapidly expanding smartphone ownership in Africa — use has doubled in just two years — tech savvy users can now download crypto wallets to keep their funds safe. Smartphone-based financial exchange is not new in countries like Kenya, which is already a world leader in mobile based P2P lending.

Many African countries have already shown a tendency to “leapfrog” technologies, as seen with the adoption of mobile internet use, and mobile based P2P lending for people who didn’t have access to modem internet or traditional banking in the first place. Experts argue that a lack of legacy systems could facilitate faster, smoother adoption of emerging technologies such as blockchain.

Crypto mining means new opportunities across the continent — and globally

Due to their decentralized nature, cryptocurrencies can be traded from almost anywhere in the world with limited interference from governments, banks, or regulators. In a recent Bloomberg article, Kenyan Bitcoin miner and trader Eugene Mutai argued this “levels the playing field in global markets that don’t give people like him breaks.”

African Bitcoin miners like Mutai are using homemade computer rigs to mine for Bitcoin. While these rigs may be difficult — and expensive — to construct and use a huge amount in energy, they offer a source of income for those who can afford to invest in the necessary equipment and pay the electricity bills.

In Egypt, where Bitcoin ownership has been regulated by the government (the Central Bank of Egypt refuses to accept digital currencies), a community of clandestine miners has emerged. While mining is not officially illegal, community members go about their trade in secrecy, in fear of being charged with other crimes such as harboring illegal foreign currencies. According to Bitcoin Africa.io, larger Egyptian cities like Cairo are home to multiple hidden Bitcoin farms and an engaged community of miners who exchange tips, advice, and information with each other via social media and messaging apps.

While the computer parts and graphic cards needed to mine cryptocurrencies are more difficult to come by in African countries than in Europe or the U.S., one advantage for African miners is the relatively cheap cost of electricity. The aforementioned Bitcoin Africa.io article suggests that miners have relocated to countries like Egypt from abroad to take advantage of the cheap energy supply.

As solar energy comes of age, a number of huge solar power farms have been developed in Morocco, Burkina Faso, South Africa, Uganda, and Kenya. These farms are some of the largest in the world and create a lot of jobs, as well as a huge amount of energy, which owners hope they’ll soon be able to export to Europe.

Experts argue that the crossover between solar energy, and Bitcoin mining could be extremely profitable for African countries.

With some arguing that blockchain can democratize societies across the world, it is important that developing nations invest just as much time and energy into research and development of opportunities offered by the blockchain as players in more advanced economies. And as increased scrutiny from regulatory bodies ties the hands of startups in the U.S. and other places, this could be the chance for African states to push ahead of the crowd. Not just in cryptocurrencies, but also in other applications that can solve real societal and political problems.

Nabyl Charania is Chairman and Chief Executive Officer of Rokk3r.