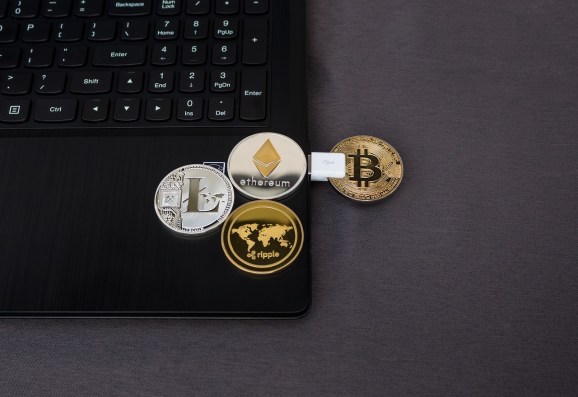 As of January 2018, the number of cryptocurrencies had already hit 1,384, and more are being launched all the time. Tokens such as Bitcoin are widely usable, but many others only have a distinct use within their blockchain project’s ecosystem.

What if the cryptocurrencies you hold are different from those you want to use?

Bancor Wallet makes it possible to purchase any supported token with a credit or debit card and instantly convert the token to any other token in the Bancor network. Bancor’s in-wallet conversions are made using smart contracts, rather than by matching buyers and sellers. That keep spreads and fees as low as possible.

Almost 70 tokens are live on the Bancor Network and instantly convertible using the Bancor Wallet. These include ETH, EOS, DAI (MakerDao), and BNB (Binance).

Mobile wallets are generally thought to be less secure than other solutions. So what is Bancor doing to ensure the highest levels of security?

“As a decentralized liquidity network, Bancor neither holds nor has access to user funds, making its network and its wallet more secure,” Galia Benartzi, cofounder and head of business development at Bancor, told me. “The Bancor Wallet also underwent numerous rounds of paid auditing by third-party security firms. In addition, Bancor enlisted the help of our community through the Bancor HackMe Bounty Challenge — offering cash rewards to developers who could breach the wallet and identify bugs.”

Of course, no solution is entirely unhackable, but users can take measures to safeguard their tokens. Securing private keys and ensuring they are as hard to get access to as possible is a start.

“As with any decentralized application, users are responsible for securely storing and retrieving their own passwords,” Benartzi said. “In the near future, Bancor will roll out additional features to its wallet, which will further improve the user experience around security, such as the ability to nominate friends as guardians.”

The larger goal is not just for Bancor Wallet to serve as an intermediary between coins, it’s to provide a reasonable cryptocurrency payment option within traditional retail outlets.

“We believe automated token conversions are the first step toward a future [in which] digital wallets can convert between any virtual currency on the fly to facilitate payments in retail environments and simple navigation for users between decentralized apps and their respective tokens,” Benartzi said. “The real innovation behind digital wallets isn’t mobility; it is the progression toward a world where millions of virtual assets are instantly interchangeable. Imagine, for instance, if your coffee shop loyalty points were accepted at any cash register in the world, or your airline miles could buy cellular minutes with the click of a button.”

That doesn’t happen right now, and the terms under which you use your loyalty rewards are determined and enforced by the retailer, making cross-platform usage difficult.

“We don’t typically think of these as currencies, because virtual money has traditionally been locked down. If you earn points from Amazon, only you can use them, and you can only exchange them for dollars within the Amazon marketplace,” Benartzi said. “But these barriers are quickly eroding, thanks in large part to the recent wave of blockchain-based services and the rising connectivity of the value systems that power them.”

It is a future major retailers are going to have to embrace, but it is also a mechanism with which they already have experience and can leverage existing systems.

“Creating currencies is a common practice for retailers,” Benartzi said. “The obvious next step is connecting them to each other, making any internet-connected mobile device a universal point of sale.”

Following its record-breaking ICO, Bancor is currently on track to hit all its milestones in 2018.

“We’ve achieved our goal of shipping the Bancor Wallet in the first quarter of 2018,” Benartzi said. “And we are releasing fiat integration this week, ahead of schedule, enabling fiat-to-crypto buying with any major credit card directly from the wallet. This is a major bridge into the ecosystem for new participants.”

The Bancor Wallet will only deliver on its promise if Bancor continues to build its network of tokens and ensure each of those is live and instantly convertible.

The Bancor network needs to keep up if it is going to become the de-facto standard for mobile wallets and instant conversions.

“Today, 65 tokens are live on the Bancor Network, up from 20 in January, including heavily traded coins like Ethereum and EOS,” Benartzi said. “Meanwhile, daily conversion volume recently surpassed IDEX and EtherDelta, making Bancor the largest decentralized solution for token conversions in the world.”