The first thing to know about me is that I’m not a gadget guy. Yeah, I write about new product announcements from time to time, but I’m not one of those savants who can cite the latest specs on a phone and how they compare to the slightly different version that was released the year before.

And frankly, I find the whole culture around gadget reviews a bit unsettling. I mean, I get that there is a bottomless appetite for these stories. But when I’m at a conference or event and I’m watching “real” gadget reviewers obsessively fondling and scrutinizing a device and taking about 1,000 photos of it from countless angles using ridiculously expensive camera and lighting equipment … I dunno. It all feels a little fetish-y to me.

Oh, and the unboxing thing? I mean, wut? No matter how many times I see one pop up in my feed with 8 trillion views, I’m still shocked there’s even one human anywhere on the planet actually watching these things. Is there really not one single better way you can think of to spend your time, people?

In my real life, I pride myself on holding onto any device until it is near death and coughing up blood. I still use an iPhone 5, an iPad 2, and the last generation of AppleTV. Yes, these are the digital equivalents of sticks and rocks. But, whatever. They work. Pretty well, anyways. Even if I can’t ever again update the operating systems.

All this is to just give you some important context: When it comes to reviewing devices, I don’t have a goddamn clue what I’m talking about. So before I launch into this non-review review, understand that I can’t tell you how the Huawei P20 Pro compares to the iPhone X or the Samsung S9 or any other flagship smartphone the average human has to sell a kidney to afford.

Carrying around the aforementioned iPhone 5, I’m liable to be impressed by any new smartphone camera. But the promise of the P20 Pro’s three-camera system was that the addition of a telephoto lens and the artificial intelligence thingamabob would allow for some crazy-ass perfect picture-taking. At least, I’m pretty sure that’s what they said at the recent launch event in Paris.

But having sat through various flagship announcements, basically the only thing that seems to matter about smartphones nowadays is the camera. The P20 Pro has three on the back: a 20MP Mono Lens, a 40MP RGB Lens, and an 8MP Telephoto Lens. A laser transmitter and laser receiver allow the cameras to better identify objects and adjust settings accordingly, the company said.

The telephoto lens in particular captures far-off objects without losing much picture quality. By the same measure, the cameras allow for extreme close-ups. And the camera system includes a “predictive” feature that uses AI to reduce blur for objects in motion and identify subjects (a group photo, text, animals, etc.) and optimize the settings automatically.

While using the P20 Pro as my main phone for about two weeks, I’ve been stunned almost every single day by the picture quality. Here’s an example. I switched off the automatic features and took this picture in my apartment: 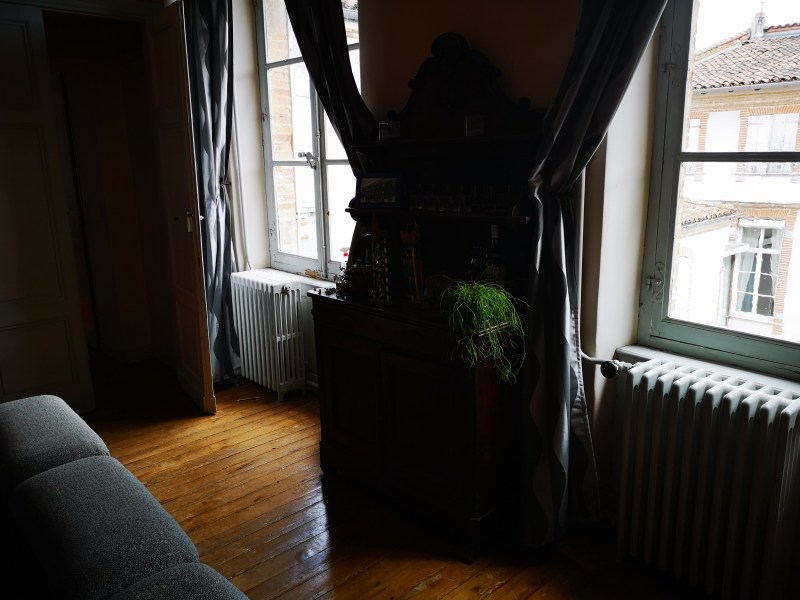 Then I turned them back on and took the same photo about 30 seconds later: 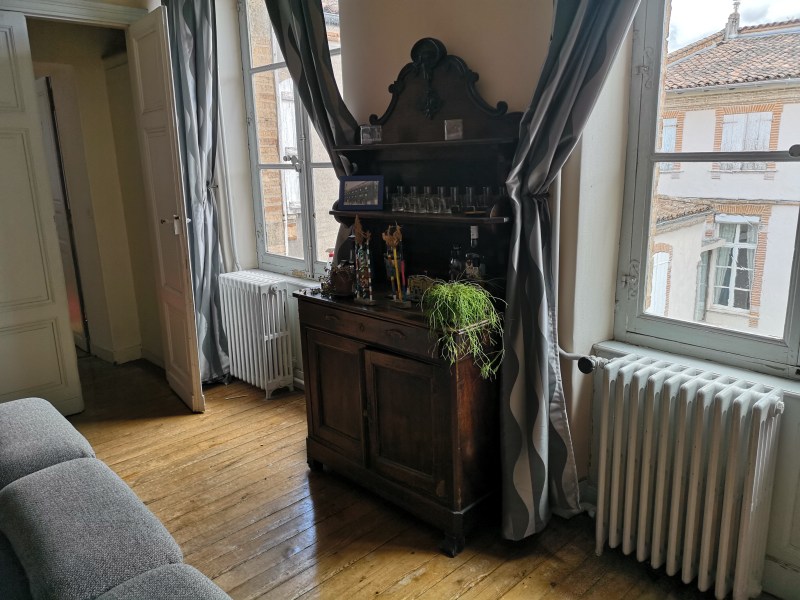 I did nothing else. The camera removed all the backlighting, sharpened the image, and balanced the colors. Okay, it’s not Robert Mapplethorpe. But … damn!

All over our home, which is poorly lit and has weird colors, places where I have never been able to take a decent picture are now completely photogenic: 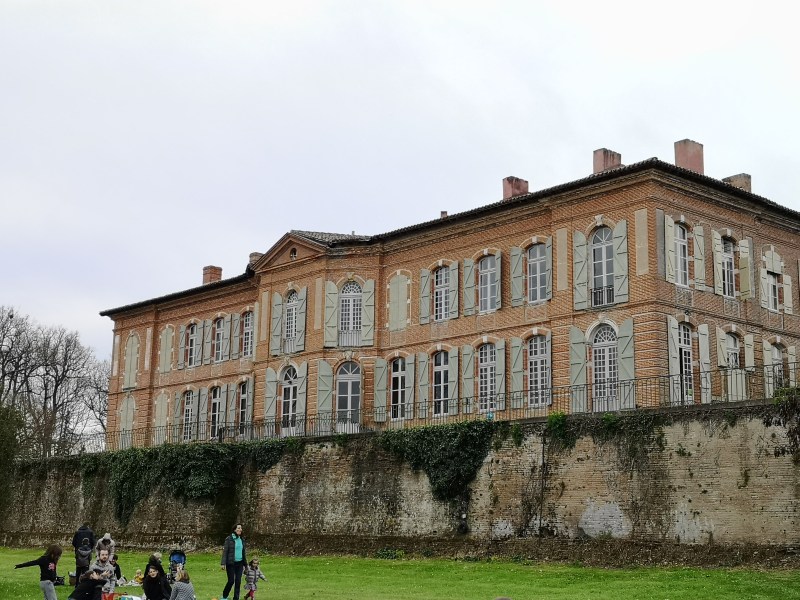 Haha. Just kidding. That’s not my house. That is a chateau near our home in Toulouse, France where we took our kids Easter Egg hunting. In the nearby garden, however, the camera system automatically recognizes that the objects are vegetation and switches to “greenery” settings: 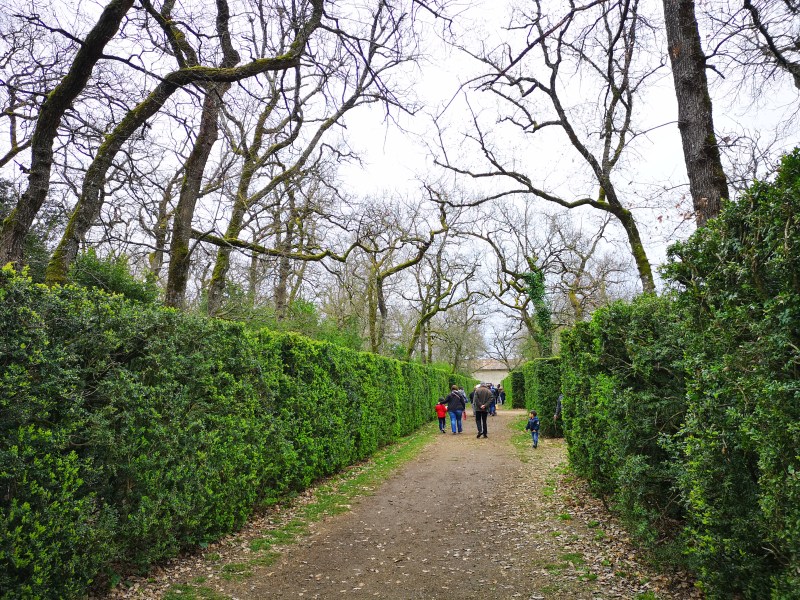 For me, it’s the continuous light adjustment that is a wonder. Here’s a photo taken in our neighborhood, where the light is always tricky. I took this one with the iPhone 5 just for a baseline (and yes, again, I know it’s not a fair comparison so chill TFO!): 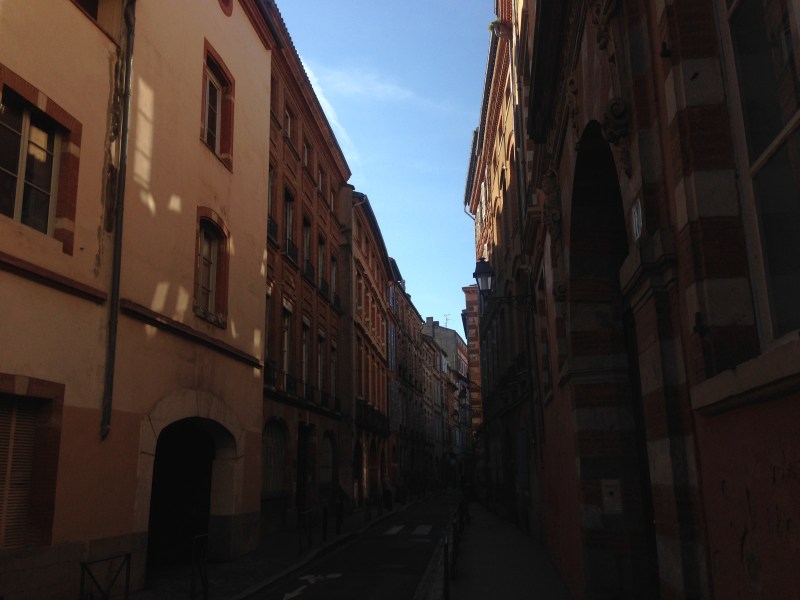 Here is the same view with the P20 Pro, which switches to “blue sky” mode: 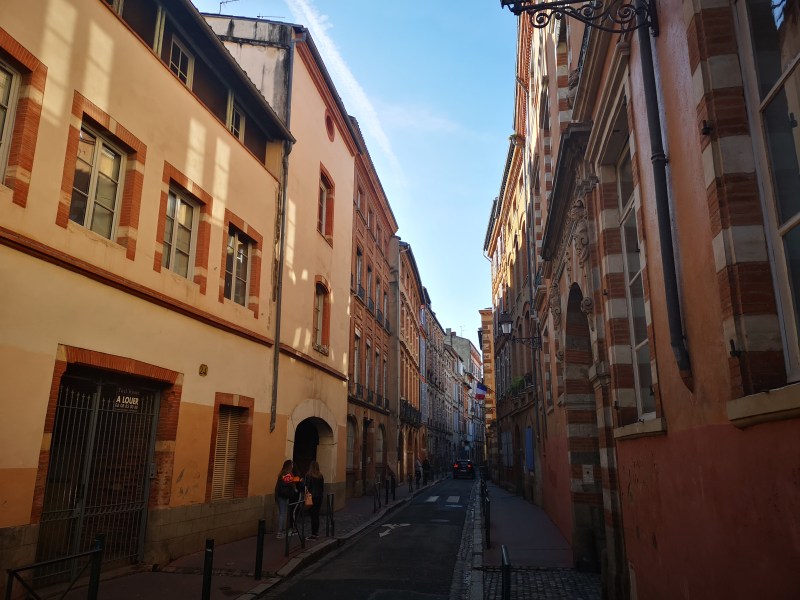 Also, the telephoto lens is bonkers. This is a shot of Place Trinity in Toulouse, with a grey sky: 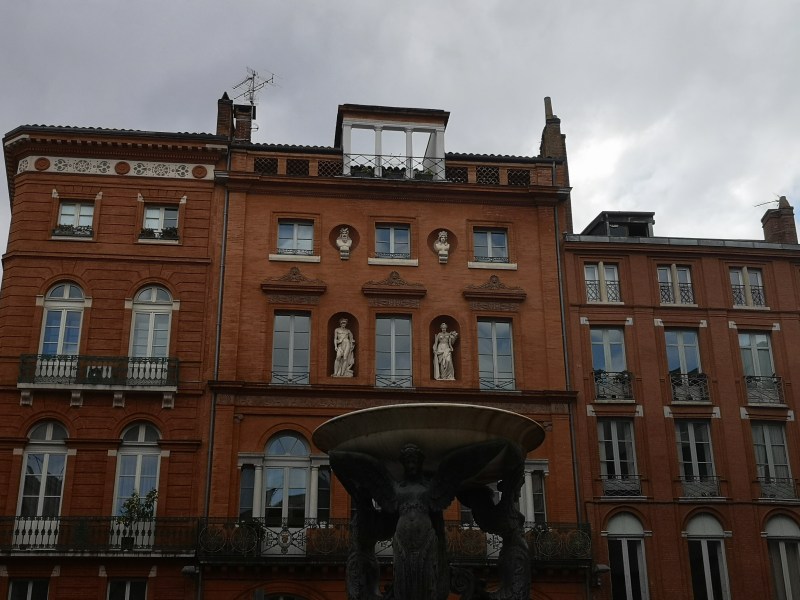 And this is the full 10x zoom on the two statues just above the fountain, while standing in the same spot: 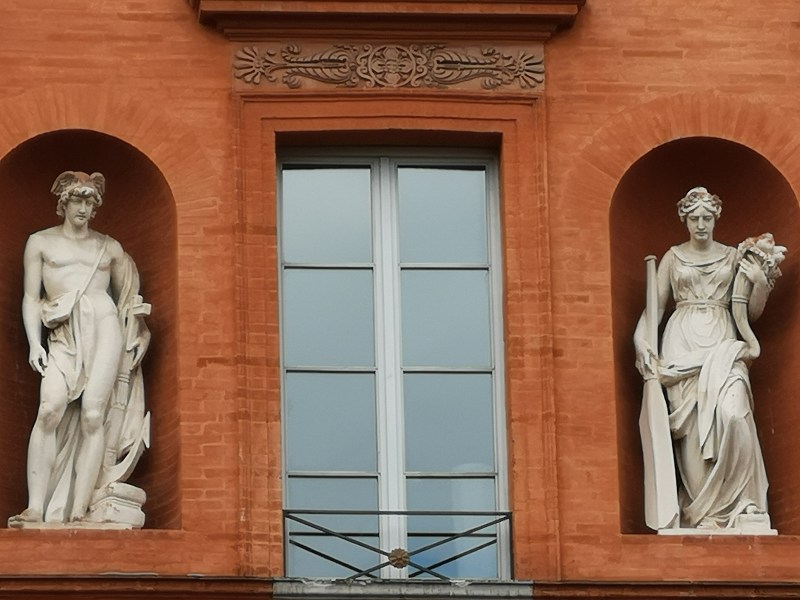 If there is a person, it switches right to “portrait mode”: 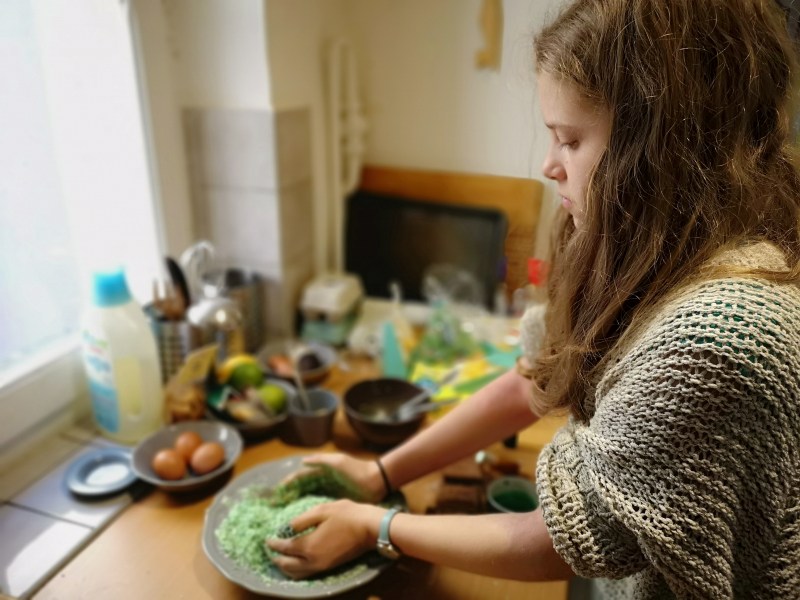 And the extreme close-up allows for sharp photos: 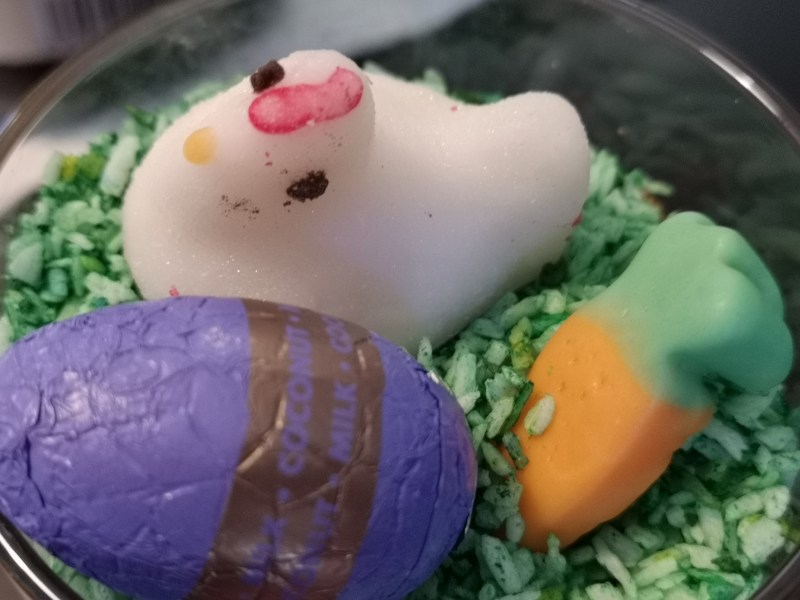 These are just some examples. Overall, it seemed nearly impossible to take a bad picture.

Now, I know many of you rabidly obsessed gadget fiends are thinking, well, my iPhone X does yadayadayada and my Samsung 9 PlusProMegaWhatever does oinkoinkoink. To which I say, jolly good for you. I didn’t promise you a rose garden. Nor a comparison of features.

As for me, it is time to return the demo unit. And I can tell you that it will be harder to send back the P20 Pro than it was to break up with some girlfriends. My family can attest to the fact that I can often be found at night, curled into a ball and staring Gollum-like at the phone.

But that’s the hard-knock life of a gadget reviewer, I suppose, getting a taste of the promised land before going back to the desert to scrounge for worms under rocks.

Or, in my case, going back to my sturdy smartphone companion of the past five years.