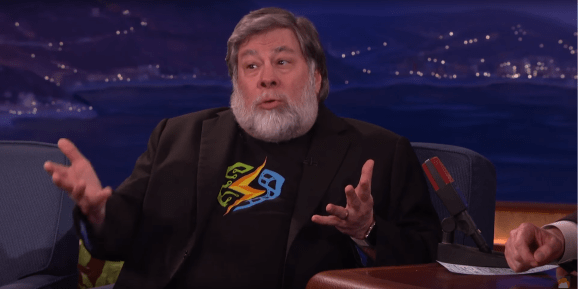 Apple cofounder Steve Wozniak is the latest public figure to bail on Facebook, following recent revelations about the social network’s data harvesting and monetizing practices. Although multiple and even verified accounts remain on Facebook in his name, Wozniak posted on his personal account that he is “in the process” of leaving the network, subsequently explaining his decision to USA Today.

Wozniak’s decision appears to have been motivated by growing evidence that Facebook’s personal data aggregation practices were causing untold harm behind the scenes. “I was surprised to see how many categories for ads and how many advertisers I had to get rid of, one at a time,” Wozniak told USA Today. “I did not feel that this is what people want done to them. Ads and spam are bad things these days and there are no controls over them. Or transparency.”

His discomfort has been brewing for some time. In May 2017, Wozniak told the C2 conference in Montreal that he was trying to avoid Facebook and Google due to their data collection and ad-targeting practices. He later told USA Today that “users provide every detail of their life to Facebook and … Facebook makes a lot of advertising money off this. The profits are all based on the user’s info, but the users get none of the profits back.”

Wozniak told his friends on Facebook that the social network had “brought me more negatives than positives,” saying that he is only retaining his account to prevent someone else from grabbing the Facebook screen name “stevewoz.” He also said that he would sooner rely on Apple’s “more secure ways to share things about yourself,” including “old school email and text messages … Apple makes its money off of good products, not off of you. As they say, with Facebook, you are the product.”

While Wozniak’s comments might be read as merely parroting the Apple company line, he has spent many years outside the company espousing independent viewpoints, spotlighting his appreciation of Android phones and his lack of synchronization with Apple’s marketing efforts. But despite reportedly ending his day-to-day involvement with the company in 1985, he has retained low-key ties to Apple.