Confirming a late weekend leak from carrier Virgin Mobile, Apple today announced that it is releasing Product Red versions of the iPhone 8 and iPhone 8 Plus. The new iPhones are the company’s latest red-colored offerings developed to support Red, a foundation that has worked for years to fight AIDS in sub-Saharan Africa.

Arriving seven months after the introduction of the iPhone 8 and iPhone 8 Plus, the new iPhones are notably the first Apple/Red collaborations to feature red-colored glass elements. Earlier Red offerings from Apple have included red metal, plastic, or leather, but the glassy rear design of the iPhone 8 and iPhone 8 Plus necessitated something different. Also, the new Red iPhones’ fronts are black for the first time, recalling the classic red and black color combination of the U2 Special Edition iPod. 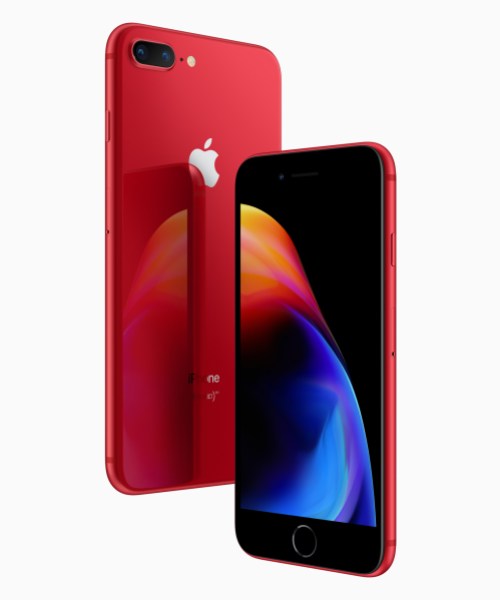 Each Product Red iPhone is sold for the same price as a standard model, but Apple donates a portion of that price to the fight against HIV and AIDS. Apple has donated over $160 million to Red since the two began collaborating over a decade ago. Fully 100 percent of the money raised by Red goes to the Global Fund, which has raised over $500 million across multiple corporate partners and individual donors.

Apple’s first collaboration with Red was a bright red-colored second-generation iPod nano unveiled by U2’s Bono on the Oprah Winfrey Show in October 2006. Since then, the company has generally offered either an iPod, accessories, or an iPhone model as part of the Red program each year. The iPhone was last to join the Red collection, starting only last year with since-discontinued iPhone 7 and iPhone 7 Plus models.

Besides the iPhones themselves, Apple offers Product Red leather and silicone cases for most iPhones, leather and plastic Apple Watch bands, Beats headphones and speakers, and iPad Smart Covers. Apple also sells a red sixth-generation iPod touch. A small card included with the hardware generally notes the donation to Red. 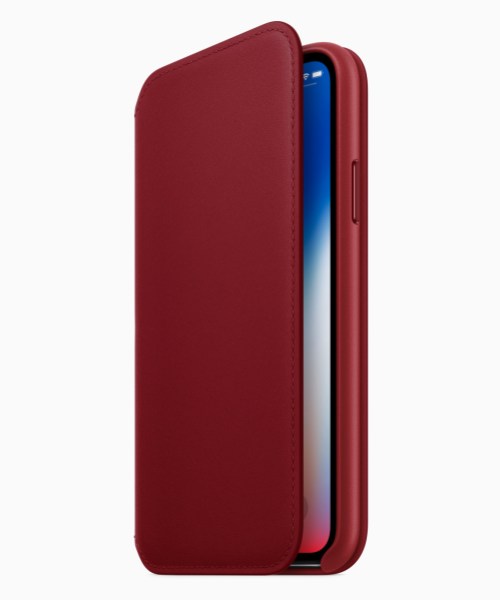 While the iPhone X isn’t receiving a full Product Red version, Apple did announce a new Product Red iPhone X Leather Folio in a darker, almost cranberry tone. It will sell for $99.

The Product Red versions of the iPhone 8 and iPhone 8 Plus will be available tomorrow after 5:30 a.m. Pacific for preorder, and in stores across 12 countries beginning this Friday, April 13. Rollouts will continue across additional countries throughout April and May. The phones will be available in both 64GB and 256GB capacities, starting at $699.