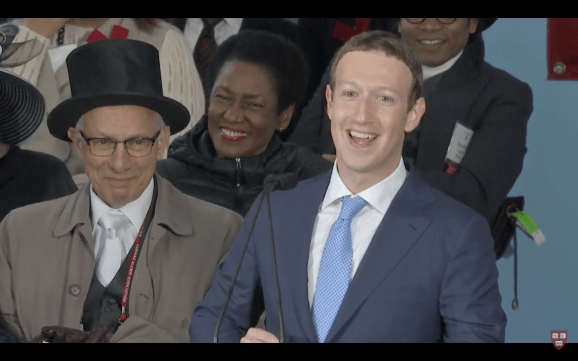 During a pep talk at a Facebook community summit last summer, CEO Mark Zuckerberg reached deep into his wellspring of utopian digital dreams to explain the lofty vision for his adolescent company. Zuckerberg was clinging to his desire to buy the world a virtual Coke and teach it to sing in harmony despite having been pummeled for months on issues like fake news and privacy.

“But our society is still divided,” he declared. “Now I believe we have a responsibility to do even more. It’s not enough to simply connect the world, we must also work to bring the world closer together.”

Nine months later, Zuckerberg has succeeded in uniting a fractured world. Unfortunately for him, the unifying subject is near universal anger at his company.

Russia is mad about Facebook’s shutdown of accounts allegedly tied to a Russian misinformation organization. European leaders are investigating Facebook over its privacy rules, its WhatsApp acquisition, fake news, and hate speech. Normally forgiving investors have driven Facebook’s stock down from $193.09 on February to $157.20 at the end of last week.

And now there seems to be growing momentum for some kind of regulation in the United States. Last week, Facebook said it would support passage of a bill that would require more disclosure and transparency around political ads. By the same measure, sentiment around Facebook has turned so negative that some interpret the prospect of Facebook agreeing to such regulation as imperious rather than compromising.

But here comes an even bigger test. Today, Zuckerberg will have preliminary meetings with members of Congress. Then he will appear before a joint hearing of the U.S. Senate Judiciary and Commerce committees on Tuesday and the U.S. House Energy and Commerce Committee on Wednesday. This may be his last chance to convince politicians that Facebook can fix its own problems and doesn’t warrant further regulation.

The odds may already be against Zuckerberg.

“My biggest worry with all this is that the privacy issue and what I call the propagandist issue are both too big for Facebook to fix, and that’s the frightening part,” Senator John Kennedy said on CBS’ Face the Nation. According to Reuters, when asked if lawmakers needed to regulate Facebook, Kennedy said: “It may be the case.”

In part, this slow-motion pratfall is the result of Facebook’s delayed reaction to accusations that it was a conduit for fake news and Russian manipulation during the 2016 presidential election. The issue has been compounded by a clumsy public relations response to the Cambridge Analytica fiasco, as executives including Zuckerberg and COO Sheryl Sandberg have made belatedly apology tours across the country.

But the bigger problem is the dawning realization that these issues aren’t the result of a single Facebook policy or a lack of priorities, they are made possible by the very nature of the platform and its business model. At its heart, Facebook amasses a huge amount of granular data that partners can use to target ads and messages.

Despite occasional griping, people have been mostly fine with this bargain. But over the past year, a growing uneasiness has bordered on open revolt. If the implications of these deals remains in the public consciousness, it could impact not just Facebook, but all platforms that count on a freemium data model.

With the Federal Trade Commission and many state attorneys general in hot pursuit, it’s not overstating things to say that Zuckerberg’s performance in front of a hostile panel of politicians may be his most critical public appearance since he started the company 14 years ago.

Zuckerberg typically speaks in front of friendly, selected crowds, while fielding the occasional interview with an independent journalist. Facing angry, belligerent interrogators in public will be a new challenge for him. Putting him before Congress is a high-stakes gamble, though avoiding the hearings might have made things even worse. Still, his performance could determine whether a company that has enjoyed relentless growth is going to continue to do so or face a new era of government regulation.

“I do think that we could be an incident or two away … from the public demanding action,” Senator Mark Warner (D., Virginia.) told the Wall Street Journal. “You could imagine a firestorm that would dwarf anything that’s come to date.”