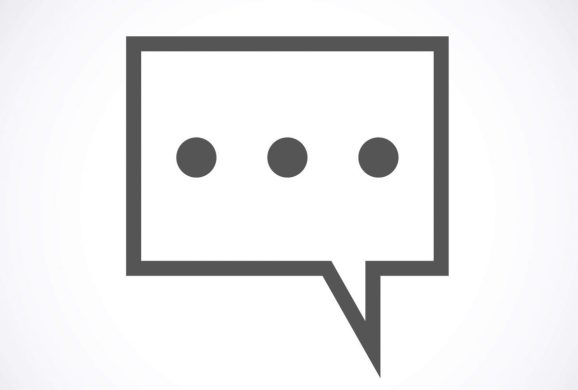 Conversational experiences have altered, and in many cases enhanced, the way consumers conduct transactions and interact with brands. Over the past two years, developers and brands have dedicated time and resources to building conversational experiences on messaging platforms including Facebook, Slack, and Kik. During that time, technology giants have launched voice-powered devices with assistants inside, including Amazon’s Echo Dot, Google’s Home Mini, and Apple’s HomePod.

My team at Dashbot recently hosted our second annual chatbot and voice assistant conference, SuperBot 2018, in San Francisco at Bespoke Events. We noticed two differences between this year’s conference and last year’s that point to how the conversational industry is changing: the audience and the content.

In 2017, the audience was comprised of startup founders, developers, and growth marketers. In 2018, there was an influx of big brands including Target, Kaiser Permanente, Procter & Gamble, and Hulu. More importantly, last year’s speakers focused heavily on text-based conversational interfaces, whereas this year’s lineup concentrated on the promise of voice.

Here are three changes we observed in the lectures at SuperBot 2018 that could indicate a significant shift in the conversational AI industry.

1. Practical use cases are leading to actual money

Industry email marketing open rates have been hovering around 24 percent. Lauren Kunze, CEO of Pandorabots, said the chatbots her company produced have resulted in an 80 percent open rate. For the first time ever, brands can connect with consumers directly in an interface in which they are already communicating. Because of this, advertising and customer support chatbots are currently very profitable.

It’s easy to reference customer service as a sample use case when discussing chatbots, but which industry is leveraging them in a productive, cost-saving way? “Banks are actually market leaders for cognitive computing, which is one of the reasons why we chose to focus on that vertical,” said Dror Oren, chief product officer and cofounder of Kasisto. Chatbots are able to quickly serve up data and information to customers through conversational AI experiences that a traditional banking experience can’t provide, Oren said, leading to greater productivity and better customer experiences.

While replacing traditional customer experiences might be the route for some verticals, a supplemental conversational experience can lead to higher return and an elevated user experience. The Mars Agency launched an in-store, voice-powered assistant called Bottle Genius that helps customers make whiskey choices at NYC’s Bottlerocket Wine & Spirit shop. The agency created an experience that draws together the essential elements of retail: the power of variety and assisted decision-making. For the month of February 2018, this enhanced voice experience resulted in a YoY sales increase of 14 percent for the 120 whiskeys featured on the Bottle Genius shelf set.

2. Big brands are fighting to be heard

How do you make sure your voice is heard when you’re extending a household brand to conversational interfaces? Michael Francisco, Amazon’s head of Alexa Skills Kit partners, compared two specific skills — the Patron Skill and the Johnny Walker Skill, both intent on selling you more booze. Both have similar functionality in terms of offering history about the liquor and information about the brand. Johnny Walker has a tasting experience and Patron has a recipe component. Patron is much more formal and in line with a traditional brand, whereas Johnny Walker is casually playful and jokes around. The writing is what will ensure your brand principles shine through in the assistant’s voice.

If you want to strengthen your voice beyond the default assistant voice, Amazon encourages companies, like Viacom, to use native-branded voices when building Alexa Skills for hallmark brands such as Comedy Central. Mark Mezrich, vice president of product management of emerging products at Viacom, commented on the resounding support his team received from Amazon when selecting Kyle Kinane as Comedy Central’s voice in place of Alexa’s. Kinane has played a huge part in bolstering and maintaining Comedy Central’s brand and tone as consumers discover comedy tracks.

Summing up the branded voice discussion was Austin Arensberg, principal at early-stage investors Scrum Ventures, who hit the nail on the head with his comment on the lack of attention to “auditory anchors.” As he put it, “Brands have made such great efforts to make sure that when people see golden arches, they automatically think of McDonald’s. But we have not done the same thing for voice.” Once people take the time to thoroughly think through the kind of voice and experience they want to translate onto these interfaces, customers will remember them.

Let’s make it clear: Chatbots are not disappearing. The chatbots that provide a delightful, productive customer experience are outshining chatbots that are simply trendy and entertaining. Last year, Alex Ferrara from Bessemer Venture Partners compared business-oriented chatbots to enterprise solutions because of their clear pathway to monetization, and we’re now seeing a lot more task-based chatbots.

This year at SuperBot 2018, BVP’s Jenny Gao asked us to think about the implications of voice by raising the question, “What does a generation of Alexa-raised kids look like?” People didn’t take to voice interfaces quickly, but consider the evolution of human interaction with technology: Consumers are instantly disappointed when they can’t zoom with their index finger and thumb. Next up, a voice-first world can’t be far off.

At CES this year, it wasn’t just The Alexa Show. If you really scrutinize the announcements, you’ll find that companies in the hardware, automotive, and home-security industries are enhancing their products with voice-controlled technology. In the big picture, it’s not a device war — it’s a battle to create the best consumer experience, and that experience will include voice.

Justina Nguyen is the developer evangelist for Dashbot, an analytics platform for Facebook, Alexa, Google Home, Slack, Twitter, Kik, and other conversational interfaces.