If the image you have of refurbished consumer electronics is of a couple of folks in a garage tinkering with secondhand smartphones, it’s time to take another look. This sector is booming, thanks to a wave of sophisticated factories that restore devices to their original condition.

Even as the refurbishment industry has become more professionalized, costs of the devices remain low, making it one of the fastest-growing categories of consumer electronic products. The shift has profound implications for the companies that develop the devices — and whose sales are stagnating — as well as for the manufacturing industry.

Riding this transformative wave is Paris-based Back Market. The company launched three and a half years ago and provides a marketplace for refurbished devices to match companies that restore gadgets with consumers. After raising $7 million in venture capital and seeing explosive group in Europe, the company announced this week that it has officially launched in the United States.

“The idea is to make the purchase of refurbished devices even more mainstream,” said Back Market’s chief marketing officer, Vianney Vaute. “But refurbished is only going to be attractive if we deliver the full value proposition.”

It’s almost impossible to underestimate the impact of used consumer electronic sales, particularly when it comes to smartphones. As companies like Apple, Samsung, and Huawei focus on driving profits from increasingly pricey flagship phones, consumers are searching for affordable alternatives that allow them to experience innovative features at a far more reasonable price. The gradual shift away from subsidized carrier purchases to full-priced unlocked phones is also changing the economic calculus for consumers.

As a result, according to Counterpoint’s Refurbished Smartphone tracker, sales of refurbished smartphones grew 13 percent in 2017 compared to 2016. That translates into 140 million units. Apple, by contrast, sold 217 million iPhones in fiscal year 2017, but the number of units it sold over the past two years has been relatively flat. Some analysts believe part of the reason for that plateau is growth in the sale of used phones.

“With 13 percent growth, refurbished smartphones are now close to 10 percent of the total global smartphone market,” said Counterpoint research director Tom Kang, in a statement. “The low growth of the new smartphone market in 2017 can be partially attributed to the growth of the refurb market. The slowdown in innovation has made two-year-old flagship smartphones comparable in design and features with the most recent mid-range phones. Therefore, the mid- to low-end market for new smartphones is being cannibalized by refurbished high-end phones, mostly Apple iPhones and, to a lesser extent, Samsung Galaxy smartphones.”

What has made refurbished gadgets, particularly smartphones, so attractive is also what inspired the Back Market cofounders to start the company. Thibaud Hug de Larauze happened to visit a refurbishing operation in France several years ago and was shocked by its factory-like sophistication:

The problem is that this new breed of re-manufacturers didn’t have any experience reaching consumers. Their websites are often basic, giving the appearance that they may be fly-by-night operations. Vaute, de Larauze, and the third cofounder, Quentin Le Brouster, thought that by creating a centralized marketplace with rich tools and a sharp consumer shopping experience, they could help reinvent this emerging industry’s image.

“There is a booming trend here,” Vaute said. “Our conviction is that the refurbishers are going to be more and more considered by the public as the manufacturers of tomorrow.” 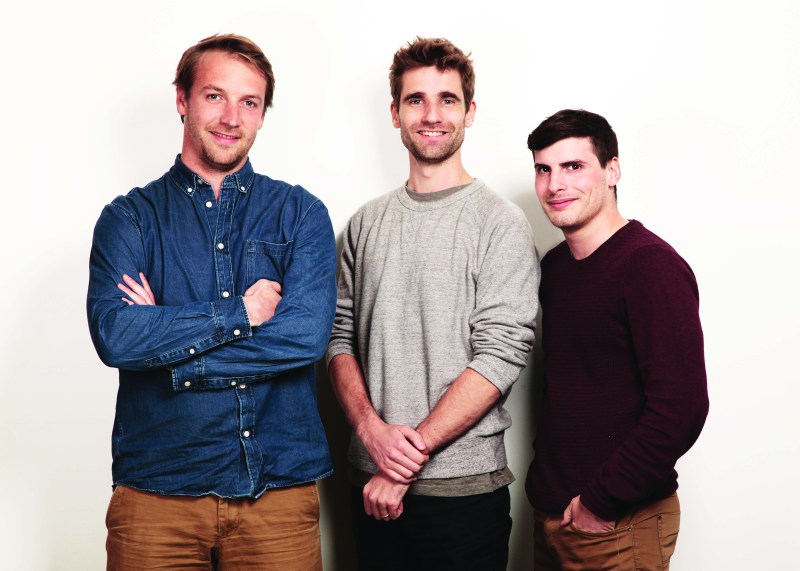 For the moment, smartphones are driving the business, accounting for 75 percent of Back Market’s sales. But just a couple of years ago, that was close to 100 percent. Vaute said the refurbishing business is rapidly diversifying into other categories, such as laptops and televisions.

Of course, refurbishing is also good news for the environment, where e-waste continues to be a massive problem. As any consumer knows, when a gadget is broken and out of warranty, the cost of bringing it to the manufacturer or a local repair shop can be so steep that it’s often just as economically feasible to buy a new device.

Vaute said Back Market believes it can be a catalyst for changing those economics by continuing to create more credibility around refurbished electronics.

“Our vision goes beyond smartphones,” he said. “But we believe smartphones are a kind of market maker. Our fight is to promote a new mode of consuming electronic devices. The idea is to give a longer life to the devices and make them go to from one owner to another.”