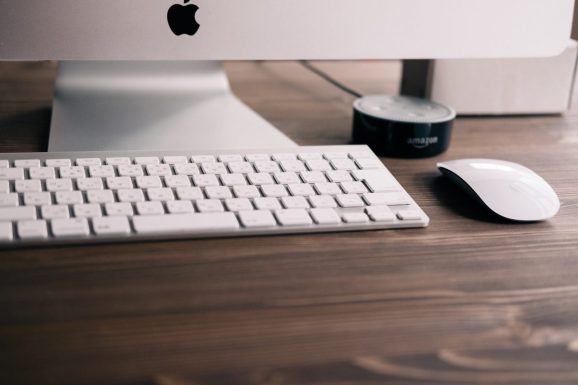 Alexa may be the most important name in business this year. During the 2017 holiday shopping season, the Echo Dot device was the top-selling product on Amazon, putting Alexa in millions more living rooms. Software, electronics, and appliance companies are rapidly building in Alexa compatibility to stay relevant. If Amazon’s Alexa continues expanding its market dominance, the lack of such compatibility could spell doom for even the biggest brands.

Amazon offers several devices that utilize Alexa, including the Echo, Echo Dot, Echo Show, and the Echo Spot. Each device acts as the central nervous system in a smart home, allowing thousands of voice-activated commands and skills. Alexa’s use in American homes is exploding with tens of millions of devices sold in 2017. What’s more, roughly 16 percent of Amazon Alexa users have more than one device.

Alexa sales are so high for a reason. Hundreds of products from a range of brands integrate seamlessly with Alexa, allowing voice control on everything from light bulbs to washing machines. This connectivity lets customers build their own smart home according to what they need and want. The astounding number of compatible devices separates Alexa from other AIs (like Siri and Google Assistant), and the rate of growth in the AI market could leave brands that won’t integrate with Alexa in the dust.

Alexa’s rapid success has spurred nearly every major brand to integrate a Wi-Fi-connected smart device into its lineup. Companies from all corners of the home appliance market are racing to add compatibility with Alexa’s growing list of over 15,000 skills.

Larger appliances are one of the big surprises in the smart home market. Many brands didn’t expect customers to want more conversation from their refrigerator, but the success of early adopters like Samsung quickly set a trend in the market. Today, appliances of every kind are Wi-Fi enabled and integrate seamlessly with an Echo hub, and all signs point to an expanding market in 2018.

Alexa also brings a few advantages to common home appliances. With Alexa, you can start the dryer just before you leave work and set the oven to preheat while you relax on the couch. Alexa can even keep up on refills of common home products like dish detergent and dryer sheets — about 90 percent of Echo owners are also Amazon Prime members.

Amazon, Google, and Netflix are vying for the top spot in video streaming services, and this growing viewership is challenging other entertainment giants from cable and satellite TV. In the past year, Amazon announced in February, music streaming on Amazon devices tripled and video-on-demand streaming is “up 9x year-over-year.” Alexa’s popularity as an entertainment hub is driving more and more users away from traditional services, and big investments from streaming giants are keeping pace with audience demand.

Cable companies are mostly seeing the writing on the wall. Dish Network now offers Alexa compatibility on its Hopper DVR and Wally receiver, carving out a niche with smart home users. Comcast still hasn’t built in compatibility, however, requiring users to jump through hoops with third-party remotes.

Amazon has no trouble sharing space with the TV veterans. The company has added several new Alexa tools for compatibility with cable companies, but it’s up to the companies to build the technology into their devices. Cable users who can’t integrate their TV services with Alexa are cutting the cord. It’s a win-win scenario for Amazon — and life or death for cable companies.

The next AI battleground

Despite Alexa’s dominance in the smart home market, Apple’s Siri and Google’s Assistant remain the leaders in the smartphone and computer markets. Amazon is taking notice, and the release of the HTC U11 with Alexa built in signals the next big competitive arena for the AI giants.

Google and Apple are not backing down without a fight, and 2018 could be the year that a new front-runner emerges. On the HTC U11, Google’s Assistant works right alongside Alexa, allowing users to choose freely between them. Meanwhile, Google and Apple are rapidly expanding their smart home lineups.

Google’s Assistant is furthest ahead in AI development; natural language capabilities and the ability to answer follow-up questions puts it at the top of the ladder for ease of use. The Google Home smart speaker is compatible with some devices and appliances in just about every category and has IFTTT services for programming routines.

Apple is catching up, too. Its new HomePod speaker leverages what it claims to be the best sound quality on the market, and it’s betting on the entertainment market to compete with Alexa. Even Microsoft is getting in on the competition, with a new speaker from Harman Kardon that comes equipped with its AI, Cortana.

With top brands embracing the sea change in home technology, Wi-Fi connections are becoming as common as power cords on home devices. Innovation in the AI market could help brands pull ahead of their competition, while late adopters risk extinction in the face of the Internet of Things.

Allie Shaw is a freelance writer who writes for PopSugar, SWAAY, and WebDesignerDepot.