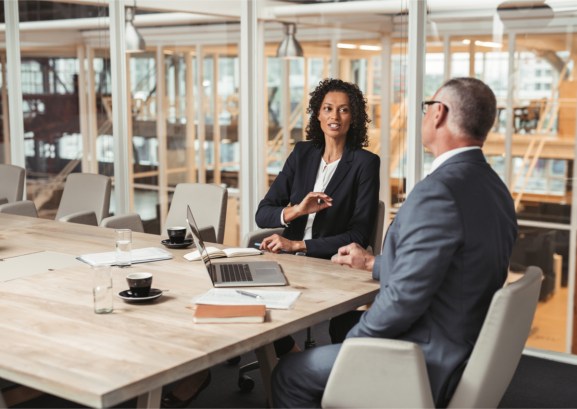 Every year, Gartner surveys CIOs on how their jobs are changing in the digital age. The latest report – released April 6 – found that digital business has never been more top of mind for CEOs and that “CIOs should guide business leaders toward deep discipline digital business.”

“The quickening pace of digitalization and technological innovation are changing the CIO role from delivery executive to business executive,” Gartner says. “To successfully lead digital transformation, CIOs must help their organizations move beyond digital experimentation and pilots and start bringing digital best practices to scale.” That means working more closely than ever with the CEO and other senior leaders.

When I saw this, I immediately thought about my recent dinner with the CIO of a Fortune 500 company. Due to a natural disaster, the company was forced to rebuild its office space. They were using the opportunity to change the physical layout and encourage collaboration. A change I found most interesting was his request to relocate his office. He wanted to be located right next to the general manager for the business his IT department supported. This first seemed surprising, but as we talked, I realized it made complete sense and echoed a trend in the changing relationship between the business and IT.

Traditionally, some CEOs have viewed IT and the CIO as a cost center. CEOs tended to want just two things from their CIOs: IT delivery and expense control. CIOs typically sat in a back office, seldom making critical business decisions, always searching for the balance between efficiency and effectiveness. They focused on “how” to deliver and now “what” to deliver.

But gradually, that custom has been turned on its head. Smart CEOs now see IT not as a cost center but as a differentiator, a source of innovation, and an enabler of revenue growth and market differentiation.

As CEOs increasingly turn their attention to digital innovation as a top priority, they are counting on CIOs to drive it. The IT leaders they used to frown at in budget meetings are now considered strategic business partners. CEOs are quickly realizing that the CIO needs to be front and center in the company business strategy and align IT with it. CIOs need to understand the business and be empowered to take calculated risks to advance the company’s digital strategy. Things move and change so fast that strategy without speed and execution will fail.

Consequently, CIOs’ influence is soaring. The most recent Harvey Nash/KPMG CIO Survey (released a year ago) shows 62 percent of CIOs as members of their organization’s executive committee compared to 38 percent in 2005. The likelihood that CIOs are reporting to the CEO rather than the CFO or someone else is rising by about 10 percent a year.

“IT leaders are also increasingly working at board level,” the report said. “More than three-quarters attended a board meeting within the last 12 months. Popular board topics include IT strategy, technology investments, digital transformation and, of course, the ever-present challenge of cyber security. This increased exposure may have led many CIOs to take leading roles in innovating in their organizations.”

This shape shift requires CIOs to think differently about almost everything, from what they focus on to the kinds of people they hire. Those who don’t or can’t make the transition from IT leader to business-leader-from-the-perspective-of-IT are fast becoming dinosaurs.

As I meet with and talk to successful organizations, here are five things I see successful CIOs having in common:

CIOs can play a crucial role in helping CEOs understand what’s possible in digital re-invention and in tracking its progress. In the words of Gartner VPMark Raskino, “It is time for CEOs to scale up their digital business ambition and let CIOs help them set and track incisive success metrics and KPIs to better direct business transformation. CIOs should also help [CEOs] toward more abstract thinking about the nature of digital business change and how to lead it.”

2. Thinking outside the traditional IT role

Digital business opens up all kinds of innovative ways to better serve customers and attract new ones. Good CIOs understand that business leadership is now Job 1 and IT leadership is 1A. This finding in Gartner’s 2018 CIO Agenda Report backs up the point: “Eighty-four percent of CIOs at top performing organizations have responsibility for areas of the business outside of traditional IT, the most common being innovation and transformation. In step with this is a shift in CIO success criteria, from IT delivery objectives to more business-based measures.”

While IT delivery remains a core CIO responsibility, CEOs are judging today’s chief information officer according to a broader set of business objectives. Today’s CIO must be an expert in big-picture technology trends and the best ways to leverage them to further the company’s goals.

The time is well over to stop thinking of IT in terms of vertical service delivery – for example, a new Oracle database for the HR department – and start thinking of it as a horizontal business service. Today’s CIOs need to hire people who understand this and can help structure the organization accordingly. You don’t want a database administrator working for a vice president of operations or developers reporting to a vice president of development. Instead, you want a horizontally oriented team responsible for, say, the bank’s consumer loan unit and the core applications associated with advancing its success.

5. Having the right conversations around resources

The balance between investment and cost efficiency hasn’t magically disappeared because of digital business – it will always remain a source of tension between the CEO and CIO. However, the context of the conversation has changed. It should focus on how the budget ties specifically to business initiatives, not IT service delivery. CEOs and CIOs will always engage in give-and-take on how to best allocate resources, but they should do so as strategic partners, not adversaries. Both hopefully understand this.

Given IT’s unprecedented importance to competitive advantage, there’s never been a better time to be a CIO. Doing the job well means rethinking traditional roles and processes – and maybe even ensuring your office is next door to the CEO’s.