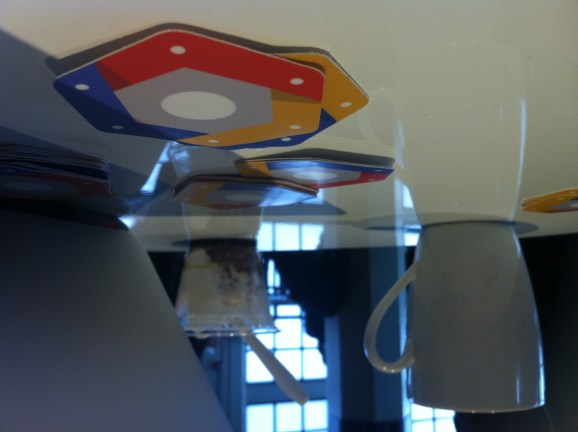 At the Google Cloud Platform Live event in San Francisco on March 25, 2014.

Using the service, customers can get 50Mbps to 10Gbps connection speeds from their datacenters to Google’s through a partial circuit provided by one of the 23 partners, including AT&T, Equinix, Orange, Softbank, NTT, and Verizon. That way, they’ll be more likely to get speedy connections even when far away from the nearest Google Cloud region or point of presence.

These sorts of interconnection capabilities are important for bringing enterprises to the cloud, since large businesses often have tons of data wrapped up in legacy, on-premises systems. Transferring all of that information over the public internet is a headache, and these interconnections help alleviate issues with those transfers.

Google already offers a Dedicated Interconnect service, which allows customers to set up a dedicated 10Gbps circuit between their datacenters and Google’s, but it requires proximity to one of the company’s regions or points of presence. Partner Interconnect opens that functionality up to a greater number of enterprises that aren’t geographically close or don’t require all the power of a dedicated circuit.

Other cloud providers, such as Microsoft and Amazon, offer similar functionality through similar partners.

Google said it expects Partner Interconnect to be generally available “in the coming weeks.”