Spotify today announced a new version of its free app, reflecting the company’s belief that creating a better user experience for unpaid subscribers will result in more paid subscribers.

Among changes announced today, users can now pick and play songs in any order from 15 of Spotify’s personalized discover playlists. Previously, users of the free app could only listen to playlists on shuffle.

Users can still create their own playlists on the free app, but they don’t get control over the order those songs are played. The free users also now get recommendations of other songs to add when they save a new song to a playlist. And the free mobile app comes with a new home screen that emphasizes the playlists. 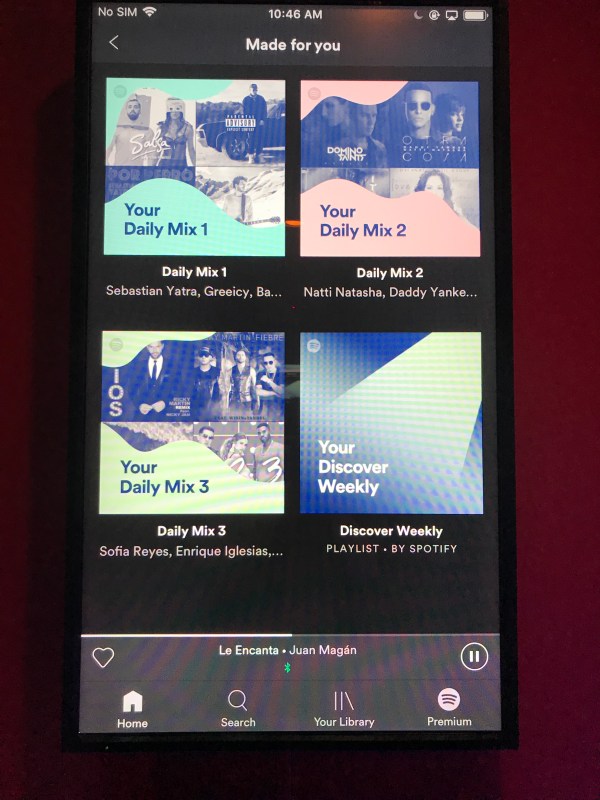 Spotify is also introducing a “data saver” option that the company claims can help users of the free app cut their data consumption by up to 75 percent. Users will have to manually switch on the data saver option if they want to use it when they download the new version of the free app.

Gustav Söderström, Spotify’s chief research and development officer, noted at the press event unveiling the app that Spotify has more than 90 million users on its free service — and that all of the new paid subscribers Spotify gained in 2017 initially started with a free subscription. He compared the transition free Spotify users make to becoming paid subscribers with the way radio listeners used to decide whether to buy a CD.

“The more you played, the more you paid,” Söderström said. “It wasn’t the frustrating or bad radio stations in the old days that pushed people to buy the CDs. It was the good one.”

The mobile app hadn’t been redesigned since 2014, Söderström noted. The new version of the app will be available globally to all users on iOS and Android in the coming weeks.

It was previously speculated that Spotify would release an option for voice control with today’s announcement, but Söderström said the company wasn’t ready to comment on those plans.

The press event comes just three weeks after Spotify started trading on the NYSE, opting for a direct listing instead of the usual Initial Public Offering (IPO).