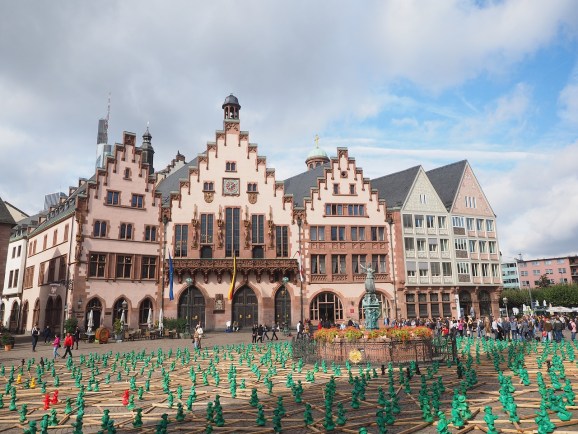 No matter how much we try to carry out due diligence on ICOs, token sales, and other blockchain technology-related milestones, scams and vaporware still slip through the cracks.

If only there was a way to crowdsource accurate information about blockchain projects and reward those with a proven record of providing useful and accurate details.

To help solve this issue, Menlo One this week committed the open source code for its first product, TownHall, to GitHub. This is the first installment of a suite of solutions designed to create a decentralized and democratic digital asset sale platform. In short, TownHall allows developers to create blockchain-based, community-driven communication networks that are open to the broader public.

With the likes of Facebook, Google, Twitter, and services such as MailChimp reducing or removing the ability to discuss or advertise ICOs and token sales, TownHall lets its users communicate openly and securely about token sales and offer analysis and opinion without fear of censorship.

“TownHall is a critical part of the token-buying industry because investing is fundamentally a social experience,” Menlo One CEO and founder Matthew Nolan told me. “It’s important that there is a place for token buyers to chat with the team, ask important questions, and see what the community thinks. This is how traditional venture capital works, except these conversations take place in offices and coffee shops. Now that startup investment is moving onto the blockchain, the social aspect has to move with it to work.”

TownHall incentivizes information-sharing by rewarding top contributors. The content these people provide is upvoted or downvoted by the community, similar to the way Reddit or Imgur work. Essentially, TownHall is a framework that allows users to create a “Product Hunt for token sale content,” whereby people get paid for valuable contributions.

“We’re releasing it right now as an open source framework for anyone to build anything, which could use monetized messaging,” Nolan said. “Like a Quora that pays people for good answers. Or a StackOverflow that pays people to help developers solve engineering problems. It might be interesting if someone built a blockchain-based WikiLeaks that pays people to leak information.”

While sharing positive ICO information is welcome, TownHall can also be used to expose fraudulent behavior and highlight potential scams within the community.

“Right now, there are few places for someone to expose fraudulent ICOs,” Nolan said. “If someone posts information exposing a wrong-doing to an ICO’s Telegram, that information often gets censored by the moderator. There needs to be a place where the conversation cannot be erased — for the protection of the consumer. This exists in traditional venture capital. If someone is caught lying to a VC, even though the VCs compete with each other, they will call up the other investors and alert one another about a fraudulent founder. The retail blockchain investor should have the same protection.”

That said, Menlo One will need to protect against community members uploading content that is designed to create fear, uncertainty, and doubt (FUD) relating to ICO projects. FUD is a big problem for most blockchain technology projects, with competitors spreading fake news in an effort to reduce the future potential value of a token.

“If someone is trolling the ICO and intentionally spreading false, negative things, TownHall serves as a venue for the ICO to defend itself,” Nolan said. “Right now, there isn’t a good place for that to happen. Criticisms about an ICO are usually one-sided on websites, blogs, and within tweets. TownHall is a place to have a coherent, multi-sided conversation.”

Menlo One hopes TownHall will provide more structure than current community channels do.

“Right now, that conversation is happening on platforms like Telegram or Twitter, but these are noisy environments,” Nolan said. “If you scroll through the Telegrams for most ICOs, you just see the same questions get asked repeatedly. Most ICOs hire full-time community managers to answer these repetitious questions. Worse yet, expert opinions are getting lost in the noise, and it’s hard for people to even find important information. Not only should important information get noticed, we think people contributing value should get paid for it.”

TownHall is available under an open source MIT license and is available on GitHub. The creation of TownHall is part of an ongoing partnership between Menlo One and VulcanizeDB.

“The beta version of TownHall is complete and on our GitHub for anyone to download and explore,” Nolan said. “Leading up to our token sale, we plan on building some demo apps with it, writing out some more documentation, and maybe hosting a hackathon. Our token sale in July is designed to release it into the wild. We want to get tokens into the hands of as many developers as possible to spur the creation of all sort of decentralized, incentivized communication tools.”