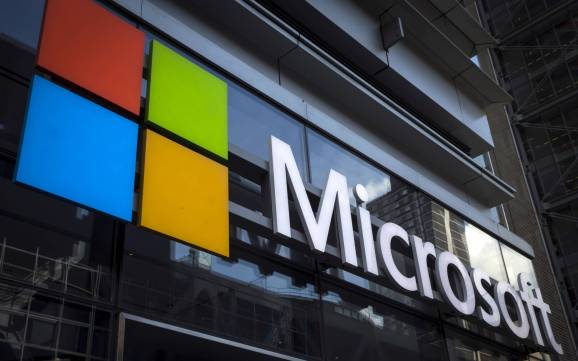 Overall, the company reported revenue of $26.8 billion for the first three months of 2018, up 16 percent from $23.2 billion during the same period in 2017. Its net profit was roughly $7.4 billion, up from nearly $5.5 billion during the year-ago quarter. Revenue from the Azure cloud platform increased 93 percent year-over-year, while sales from the company’s Productivity and Business Process segment (which includes Office and Dynamics) rose 17 percent to roughly $9 billion.

But there was another interesting sign in the report: Windows OEM consumer revenue dropped 8 percent year-over-year, below the shrinkage in the overall PC market, which Microsoft says was driven by an increase in lower-cost licenses and continued pressure on the entry-level computer market.

It’s not all bad news for the PC business — Microsoft’s Windows OEM Pro business grew 11 percent year-over-year. Surface, which had a rough first quarter in 2017, rebounded and grew 32 percent from $831 million during the first three months of 2017 to nearly $1.1 billion during the same period this year.

LinkedIn, which Microsoft acquired in 2016, continued to grow under its new owner. The professional social network brought in more than $1.3 billion in revenue during the last quarter, compared to $976 million during the same period in 2017.

On the gaming side of the house, Xbox Live subscribers remained flat, while gaming revenue rose 18 percent thanks to an increase in Xbox services and software sales.

Revenue from Dynamics 365, Microsoft’s suite of business applications that competes with offerings from Salesforce, Oracle, and others, rose 65 percent year-over-year, critical growth for a segment of the company’s business that has become an increasing focus under CEO Satya Nadella.