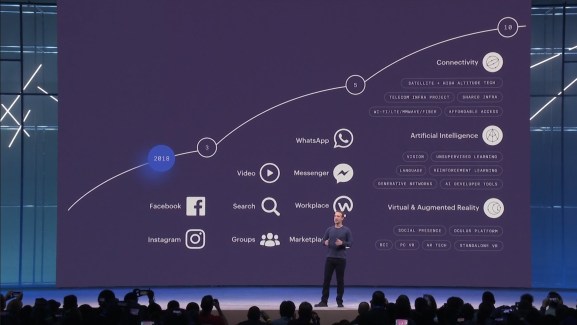 Facebook today announced it will bring natural language processing (NLP) integration to Facebook pages, which automatically draws language from a Page’s inbox to create AI that answers the questions your customers or followers are most likely to ask.

Facebook gets its NLP smarts to identify what a person wants in a conversation from Wit.ai, a company acquired by Facebook in 2015.

Built-in NLP for Messenger bots was introduced last summer with the release of Messenger Platform 2.1, and can automate the collection of data like date and time, email address, and phone number. It can also recognize and respond to common greetings like “hello” and “bye.”

Once a developer triggers the built-in NLP in the Facebook app console, they can create a Wit.ai app that ingests up to 5,000 anonymized messages from a Page inbox and creates a new dataset. They can then sort through the dataset and label data drawn from their inbox that represent frequently asked questions.

For example, “What are your store hours?” and “When are you open?” are effectively asking the same thing. If both are labeled as hours entities, they can deliver the same response.

“All of those things are available that were hard to do,” Messenger head of product Stan Chudnovsky told VentureBeat. “Before, you had to go in, encode the speech with the Wit.ai platform in order to extract the meaning from the predicate, and so at this point it’s actually way more straightforward and it’s less for you to do it. You don’t really have to think about it that much — you just need to figure out as a business whether you want those types of queries to be automated or not.”

The news was announced onstage today at F8, Facebook’s annual developer conference being held today and tomorrow, May 1 and 2, at the McEnery Convention Center in San Jose, California.