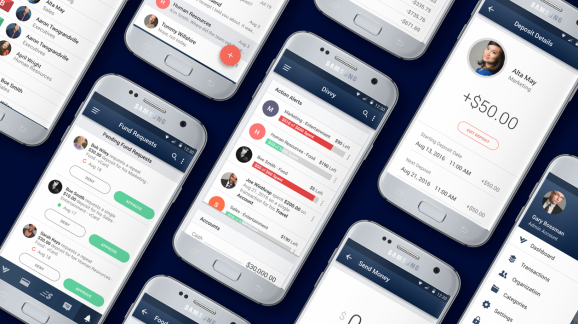 Just five months after releasing its first product out of beta, Divvy announced today that it has raised a $10.5 million Series A round. The round is being led by Pelion Ventures, with participation of CEOs from two of Utah’s tech unicorns — Domo’s Josh James, and Pluralsight’s Aaron Skonnard.

Lehi, Utah-based Divvy seeks to eliminate a familiar paint point for many office workers: filing expense reports at the end of the month. The company has created a dashboard that allows executives to issue and monitor spending in real time instead.

Divvy cofounder and COO Alex Bean told VentureBeat that his company wasn’t planning on raising any more money after securing a $7 million seed round in December. But then, Bean said, he and his cofounder — Divvy CEO Blake Murray — started receiving five to 10 requests each week from VCs interested in meeting with the pair.

“At the end of the day, we just found the right partners,” Bean told VentureBeat in a phone interview.

“As a founder and CEO, I know all too well the hassles associated with business expensing, so I can relate to the problem Divvy is solving,” Skonnard told VentureBeat in an email. “Alex and Blake have created a simple solution to fix a problem facing all companies, with a huge upside for growth.”

Once a company signs up to use Divvy, the CEO and other designated executives receive physical Divvy cards that they can use just like a regular corporate card. Divvy’s platform is similar to Venmo in that an employee can send a request via the Divvy mobile app for say, $100 to take a client out to lunch. The executive in charge of that part of the budget can then approve or deny the request in real time, eliminating the need to review all department purchases at the end of the month.

Unlike other expense management platforms, Divvy is free for businesses to use. The company makes money by taking a cut of the interchange fee the merchant issues to the bank after a credit card transaction is processed (Bean declined to say what percentage of the fee Divvy gets). Currently, the company issues Divvy-branded Mastercards through Wex Bank.

“Banks are looking at us as the software company that can build the user experience that they can’t,” Bean told VentureBeat.

After making its platform publicly available in December, Divvy now has more than 450 companies signed on as customers. Of course, it’s easy for companies to commit to testing out Divvy for two or three months, given that it doesn’t cost anything. The real sign that Divvy is gaining traction will be if companies completely eliminate their use of paid expense management platforms like Concur or Expensify.

“That’s the type of feedback we’re looking for — where we’re not just streamlining this expense report process, we’re completely eliminating the need for it,” Bean told VentureBeat.

Divvy currently has just under 50 employees.