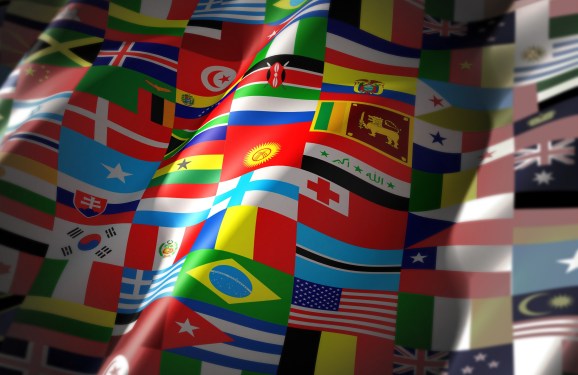 Smaller countries need to think internationally from an early stage. A founder in the U.S. or China can focus 100 percent on their home market and comfortably build a $billion business. That’s the upside for bigger countries. The downside is that they may only think about the international market at a late stage and may struggle to adapt their business accordingly. Whereas a founder in Sweden or Ireland knows from day one that their business needs to be international, if it is ever going to get really big, and builds accordingly.

My firm has invested in over 100 European companies over the last 17 years, the vast majority of which have expanded successfully internationally. Some were international from day one; some later on. A key part of our proposition to founders is the support we can give them in this expansion. Here are some of the key we ask founders to help them assess when they should enter their first international market.

1. Are you in a business that is global from day one?

Some businesses are in the lucky position of being able to be global from day one, where adding global customers requires almost no incremental effort. Common characteristics of these companies are:

A good example of this type of business is games companies and consumer apps that use the app stores and Facebook for distribution. For example, in our portfolio Natural Motion, Vivino, Memrise, and Wooga have all been able to launch their games and apps globally from day one. Other examples include self-serve low ticket SaaS companies such as Workable, Paddle, and Typeform, and developer tools such as Sketchfab or Cloud9.

2. Are you ready to add a new country?

For businesses that aren’t global from day one, the next question is whether you are ready to think about a new country.

You should get to clear product-market fit before expanding internationally, as pivoting your product once you have expanded across multiple countries is exponentially hard. The common mistake here is deciding you have product-market fit too early — for example, because your U.S. competitor has raised a big funding round. The canonical example here is Groupon, which led to an international land grab by Citydeal, Dailydeal, and others. Some of these companies were able to sell out early, but others realized the hard way that retention (of both businesses and users) was a massive challenge. A more recent example was used car marketplaces such as Beepi and Vroom, imitated by the likes of Carspring but recently “sold for parts”.

You need to be very honest with yourself about whether you have nailed the crucial issues for your product yet. For a consumer business, the key issues are likely strong retention and organic growth. For a marketplace or ecommerce business, you need to be confident of positive unit economics and route to market. For an enterprise software company, you need to have a sales model that works.

You also need an organization that is ready for international expansion. Successful international growth is going to take a lot of attention from at least one founder, so you need to have enough management bandwidth in the business to cope. You also need enough tech/marketing/customer service resource in place to handle another country.

Many successful public companies have taken their time to expand internationally. An Analysis by Crane of public SaaS companies showed that more than half reached more than $10 million in revenues in their home market before expanding internationally and took an average of 5.5 years before launching their second market.

3. How hard and costly will international expansion be?

The next step is to think through the main challenges and costs of international expansion. Some considerations:

You should of course also take into account the advantages you have for international expansion: multinational clients or partners, your technology platform, capital, and market insights.

You then need to put a budget in place for your international growth. (I’ll tackle this issue in more depth in a future post.) A rule of thumb is to budget enough cash and time so that the international market can reach 10 percent of the scale of your home market. Then double both numbers.

4. How urgent is international expansion?

Often a big driver of international expansion is to head off competitors in other markets, particularly in businesses with strong network effects. If a local competitor becomes entrenched, it will difficult and expensive to take them out. Consider Xing in Germany, for example, which Linkedin has still not managed to take out 15 years on.

Another driver is that if you do not build internationally early enough, your business can become entrenched in its home market and never build the product or capabilities to expand abroad. This was the common mistake of European tech companies in the decade 2000–2010. It is thankfully much rarer now with more abundant venture capital and more ambitious founders.

Finally, many companies need to move into large competitive markets to push themselves to be the best in the world at what they do. This is often the case for SaaS businesses, where moving to the competitive U.S. market and showing they can win clients versus local competitors is a big driver of long-run value.

The trade-off is that the return on investment (ROI) of expanding internationally is usually less than the ROI of expanding domestically. Typically, with a business that is going well in its home market, €1 invested in local growth will increase user and revenues more than €1 invested abroad. Eventually, though, a company will reach saturation point in its home market and need to expand elsewhere, at which point this equation might switch around. But usually it is cheaper to expand at home than abroad.

So the dilemma founders face is how much short-term growth to sacrifice to head off international competition and maximize long-term value. It is hard to produce a magic formula for this, and every company is different. For a company like Nutmeg, the UK’s leading roboadvisor, with a $billion opportunity locally and high regulatory and product costs for international expansion, the right answer was to go international later in its development. In the case of Frontier Car Group, a marketplace business to sell used cars, there was a clear first mover advantage due to high network effects, so the company launched in four international markets from day one.

A process that I find works well is for the management team to take 1-2 days thinking through their international plan, including which market(s) to expand to, and resource plan (one team member or a strong intern would have pulled together all the relevant data in advance). They would then revisit this with their board as a “pre-mortem” on what could go wrong — for example, insufficient investment in the new market, starving the home market of investment, running out of cash before reaching milestones.

5. Will international expansion increase my valuation?

This is a question I get asked a lot as a VC, but I think the questions above are much more relevant. Valuations at Series A/B/C are a combination of many variables of which internationalization is just one, and the trade-off versus short-term growth makes adding another country not obviously value-accruing.

In future posts, I will go into some case studies of international expansion, both positive and negative. I will also go into how to choose which countries to expand into, and how to go about doing it.