Universities have often been a breeding ground for the tech industry’s breakthrough companies and innovations. Microsoft, Facebook, Google, and Snapchat are global juggernauts today, but these started out as flashes of insight among college kids tinkering with ideas and side projects. As we move beyond the smartphone screen into an immersive internet, it’s entirely possible that the next great company will be a virtual or augmented reality venture that emerges from a college dorm room.

“Snowbird” is a novel approach to immersive storytelling in augmented reality. This short film for AR Kit follows the tale of a young bird stuck in a snow globe with a cantankerous old snowman. To my knowledge, “Snowbird” is the first film of its kind, ever, to exist in AR.

“Snowbird” creators Max Korman and Khoi Le set out to bring viewers closer to narratives than was ever possible before. The longer term vision is to develop a language for immersive storytelling, with a focus on augmented reality. A key difference between AR and VR narratives is that VR stories are egocentric: that is, the viewer is the center of the world. In contrast, AR narratives have the potential to turn our physical world into the narrative. “Snowbird” is available on the iOS App Store.

The “v.OS” project by Jerry Meng aims to produce a virtual user interface by means of a typing keyboard in mixed reality.

The mixed reality effect seen in the video is accomplished by building in VR headsets with stereo cameras that perceive the external world. The VR material is then overlaid on top of the external world. This keyboard, along with a basic point and click functionality and more advanced engines like Leap Motion’s Orion, gives the user the core tools needed to interact with the experience.

Text input has traditionally been a UI challenge for both VR and AR. It’s difficult for users to log in and search while donning a headset. One way that the industry has attempted to navigate this is by using voice input. While voice interactions are useful, there are certain situations in which you might not want to use voice. Perhaps you’re using a password to log in or are in a space that requires complete silence. By introducing a mixed reality keyboard, it’s possible for VR to be more accessible to a broader audience.

Lightwork, by Jason Ginsburg, is a light field display that projects 3D content without the need for special glasses or accessories – like a digital hologram. With Lightwork, multiple people can look at a shared screen and experience different vantage points for a 3D object, depending on where they stand. 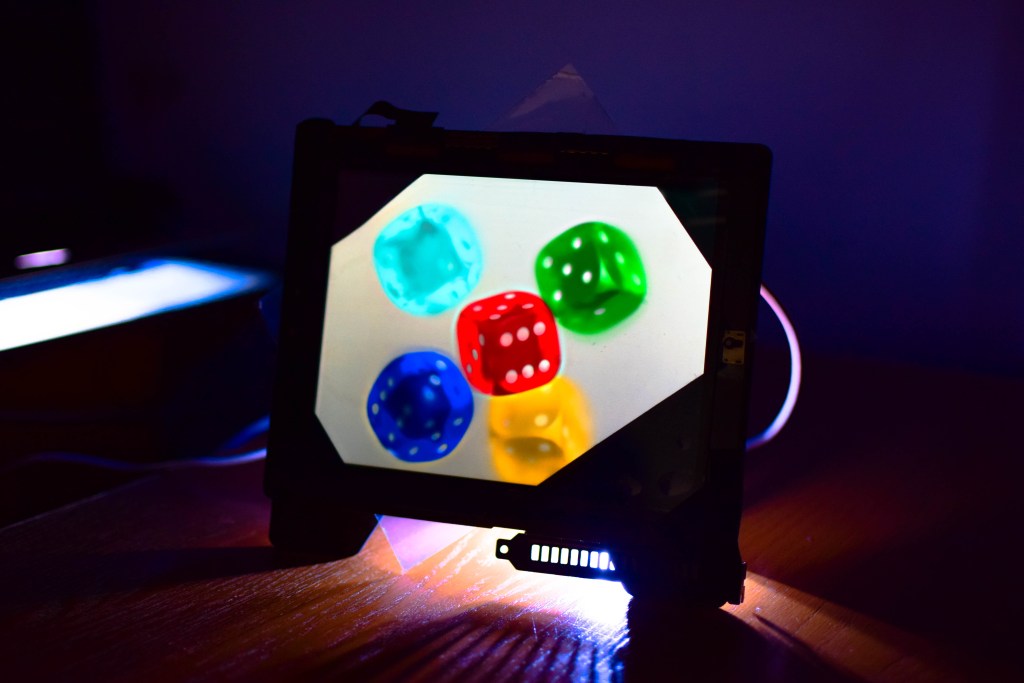 Lightwork has the potential for people working with 3D assets and environments to easily test different scenes and interactions. It also becomes easier to prototype user interfaces without having to continuously put on and take off a VR headset. This technology could be applied broadly in retail for on-site salespeople demoing 3D models of products like shoes, bags, and cars – without requiring anyone to put on a cumbersome headset.

“Paint Down the Wall” by Hope Schroeder is an interactive 360 degree documentary about the art on the Berlin Wall, Belfast peace walls, and US-Mexico border wall.

Border walls have three purposes: to rein people in, keep people separated, or keep people out. This has historical significance in places like Berlin, Belfast, and the U.S.-Mexico border. In creating this documentary, Schroeder traveled to four countries and transborder zones to learn from artists, activists, and historians to explore the role of public art as political action — and to explore this narrative as an immersive documentary.

“Paint Down the Wall” explores the idea that confronting the significance and meaning of these structures is best accomplished with a sense of scale and presence — which VR is uniquely suited to achieve. In the featured preview, legendary Berlin Wall artist Kiddy Citny reads a poem he wrote in 1990, shortly after the fall of the wall. The documentary showcases several segments of the wall still in the city today and promotes the idea that creating things in and on your environment, to make your mark on the world, is a desire innate to humankind.

The students featured here have organized a virtual reality conference, VR for Everyone. The conference will be held May 12 at Stanford University, as part of the university’s Immersive Media Conference. Unlike most VR/AR conferences, the event is entirely free of charge. This has been done to promote inclusion in the community and industry and expose a wider audience of people to the possibilities of 3D spatial computing. Their demos will be available at the event.

Michael Park is the CEO and founder of Spatial Canvas, a platform that lets you build, explore, and share augmented realities.