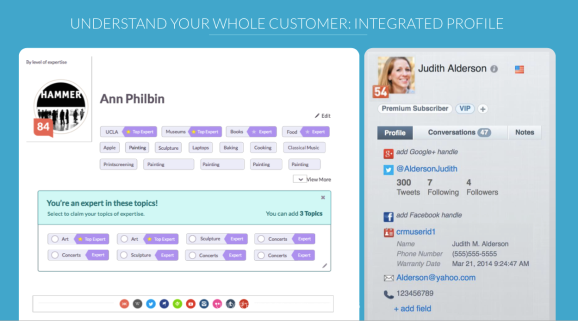 Klout, the online social influence platform founded way back in 2008, is closing down on May 25.

The San Francisco-based startup, which had raised around $40 million in funding from some big-name investors, was acquired by social customer service company Lithium Technologies for a reported $200 million back in 2014. Lithium later launched a product called Reach, powered by Klout, to “put the social back in social media marketing.”

According to a statement issued by Lithium earlier today, Klout is incompatible with its longer term strategy. Apparently the Klout deal gave it access to AI and machine learning capabilities, but as a service on its own? — well, that’s a different matter.

“Lithium is committed to providing you with the technology and services that will enable you to differentiate your customer experience,” Lithium CEO Peter Hess said. “Our recent launch of Lithium Messaging is evidence of our focus on this mission. The Klout acquisition provided Lithium with valuable artificial intelligence (AI) and machinelearning capabilities but Klout as a standalone service is not aligned with our long-term strategy.”

To all of our fans: after careful consideration we have decided to shut down the Klout website & the Klout Score. This will happen on May 25, 2018. It has been a pleasure serving you, and thank you for your ongoing support over the years. Details here: https://t.co/xCNdYachxF

In its heyday, Klout was known for its social ranking system known as the “Klout score,” but it also attracted criticism for the manner in which it encouraged people to flaunt their “online” or “social” reputation as a badge of honor. And many argued that it didn’t provide an accurate mechanism for quantifying how influential a person really was.

In many people’s eyes, the Klout that countless people on the internet seemingly embraced all those years ago was dead already. Today’s news just makes it official.